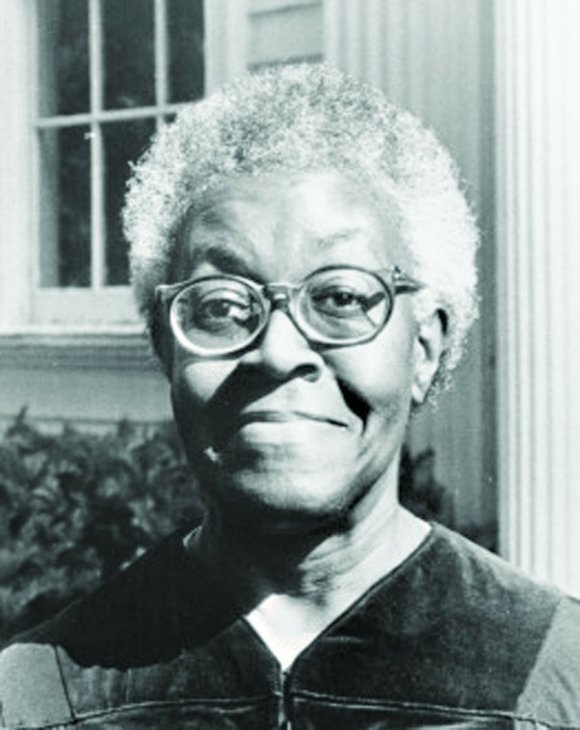 In the African-American literary canon, Phillis Wheatley, Zora Neale Hurston, Ann Petry, Maya Angelou, Mari Evans, Audre Lorde, Nikki Giovanni, Alice Walker and Sonia Sanchez—to name a few illustrious Black women writers—have carved an everlasting niche in our collective memory. Far too often, Gwendolyn Brooks is omitted from this roster of acclaim, and in so many ways, she belongs near the top, if no more for the breakthroughs she accomplished in awards, prestige and the style and insight of her poetry.

Renowned poet Haki Madhubuti never fails to invoke her name and legacy in his lectures and books, forever grateful to the influence she has had on his artistic vision and output. Brooks’ output was phenomenal, and it’s just as hard to single out one of her most impressive poems as it is to cite which of the awards or commendations attest to the height of her achievements.

In her poem “Malcolm X,” dedicated to Dudley Randall, himself a poet and the founder of Broadside Press in Detroit, Brooks wrote, “He had the hawk-man’s eyes. We gasped. We saw the maleness/The maleness raking out and making guttural the air/And pushing us to the walls/And in a soft and fundamental hour/a sorcery devout and vertical/beguiled the world.”

Beguiling too was her poetry, which reached an early pinnacle in 1945 with her first book of poetry, “A Street in Bronzeville.” It was an auspicious arrival, one in which she was noted and lauded in Mademoiselle magazine. Four years later in 1949, she published her second book of poetry, “Annie Allen,” which would earn her the Pulitizer Prize in 1950, Brooks becoming the first African-American recipient of the award.

Accumulating awards would be the least of concerns for Brooks, who was born June 7, 1917, in Topeka, Kan. At 13, she published her first poem, and by her teen years, her poems appeared regularly in the Chicago Defender. One of the first jobs she secured after graduating from Englewood High School and Wilson Junior College was as a publicity director for Chicago’s NAACP Youth Council. She was only a few years from her youth in 1939, when she married Henry Lowington Blakely. They had two children. It was during this period that she began to think seriously about her poetry and took writing classes with Inez Cunningham Stark.

Urban life and the struggle of average Black Americans to overcome poverty, adversity and discrimination were often the themes of her poetry, and through her characters in her only novel, “Maud Martha,” the ghetto is realized in several rewarding dimensions.

There followed a succession of books, and by 1968, she began to focus her themes and subjects within the context of Black Nationalism, a change that occurred from the political protests of young militants during that era. Her book “In the Mecca,” which was nominated for a National Book Award, captured this new orientation with all the fervor of revolution and outrage against oppression. Her appointment to be the poet laureate of Illinois in 1968 did not dampen her social and cultural demands for justice and the end of racism in America.

By 1972, her political shift was given an even greater urgency when she left mainstream publishing to join Randall at his newly formed press. Her first book under his guidance was “Report From Part One.” All the while she was writing, she was also teaching at various institutions, including a stint at City College of New York, where she was a distinguished professor of the arts.

She was distinguished as well by her charity, making sizable donations for many years for awards and scholarships to aspiring young writers. Moreover, she instituted several competitions, according to Paul Breman in his collection of poetry “You Better Believe It,” and the Gwendolyn Books Award has become a coveted annual honor with a fair amount of publicity organized through the Chicago-based Negro Digest, which became Black World.

Her poetical involvement in the Civil Rights Movement was exemplified in her poem “Life of Lincoln West,” where she wrote about the impact of the Montgomery Bus Boycott on protesters. “Even Christmases and Easters were spoiled/he would be sitting at the family feasting table, really/delighting in the displays of mashed potatoes/and the rich golden/fat-crust of the ham or the festive/fowl, when he would look up and find/somebody feeling indignant about him,” she wrote.

As literary critic George Kent contends, the imagery in the poem “remains realistic on a very simple level; diction and syntax approach the reader as old friends, and the narrator is an intimate chorus.”

That intimacy was typical of her poetry, but at the same time, she could keep her distance from her subject or personality in order to vividly portray a particular moment or attitude, as exemplified by this piece of writing: “We real cool/we left school/we lurk late/we strike straight/we sing sin/we thin gin/we jazz June/we die soon.”

Brooks did not die soon, in fact, she lived to be 83 before her death in 2000, a life long and productive enough to produce 15 books and garner some 75 honorary doctorates from major academic institutions.

On her 80th birthday in 1997, Madhubuti composed this image of her in his poem for Brooks who, among her books for his Third World Press, authored “Report From Part Two”: “She has approached 320 seasons/on her own terms/she has taken the alphabet and structured a language/she has walked thousands of miles carrying her own baggage.”

Some of the baggage she lugged across the ages and pages has been a vital portion of our literary heritage, and we honor her best when we carry it a little bit further.