A HIT comes to Harlem 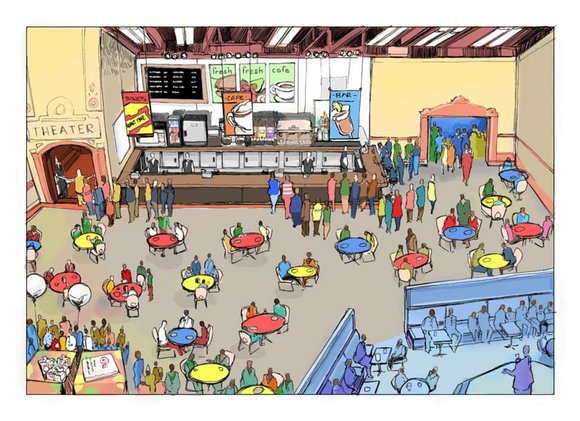 Mark Blackman and Eleanor Luken might just bring a HIT to Harlem. The duo needs their fellow Harlemites to donate $30,000 towards setting up the Harlem Independent Theater (HIT). With enough community help and investors, the affordable cinema, event space, and cafe/bar can open in West Harlem, Summer 2015.

“People will be able to come to HIT to see a movie, but they will also come for drinks, food, shows, and just to chill and use Wi-Fi,” Blackman told the Columbia Spectator.

He and Luken, an environmental psychology PhD at CUNY, decided to embark on this venture when they noticed the lack of venues for artists in West Harlem to express themselves. In addition to his involvement with HIT, Blackman also wears the hat of independent filmmaker, comedian, and informal instructor.

According to the Daily News, Blackman hopes to not only show independent movies but, movies from the 80’s to modern day, for fewer than $10 a ticket.

To bring about all these goals, the start up will ultimately cost nearly $600,000. And to acquire a small business loan, the project needs to accumulate 20% of that total. Placing second in a big business start-up competition granted Luken and Blackman $7,500 from The New York Public Library towards the cause. As of today, HIT has earned over 51% of the necessary funds.

However, Blackman and his partner urge Harlemites and investors to donate the remaining $30,000.

“Our options are limited,” Blackman shared with the Daily News. “It has for some time felt like there is a need to have a social space for artists to showcase their art and films,” he said.

Reportedly, Luken and Blackman have their sights on locations along Broadway on 135th, 140th, and 145th streets.

The deadline for the goal is November 25th. Help HIT hit Harlem!