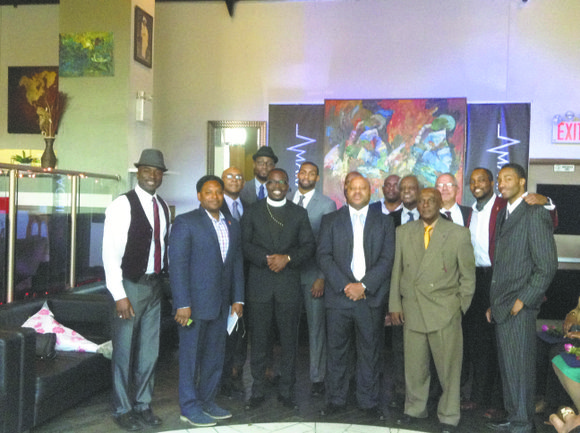 Saturday, Nov. 15, 500 Men Making a Difference, an organization founded by Wayne Devonish, honored 30 women who have done phenomenal work in the Brooklyn community. As well as poetry and words of praise, the men served the women a glorious breakfast.

Amsterdam News. All the nominees were served brunch by African-American men who were well dressed, and attentive. This event occurred at Amarachi Prime, a splendid restaurant in downtown Brooklyn owned by Jonathan Adewumi.

500 Men Making a Difference acknowledges the work that individuals have done to improve the lives of others. They recruit men who are able to mentor youth from the ages of 12 to 22. This is a nonprofit organization that works in all five boroughs. Devonish and his 500 Men Making a Difference are well known for their big events, from annual home buyer seminars, to mentoring young Black boys who are shut-ins, community cleanup weekends and even hosting book signings with Mayor David Dinkins.