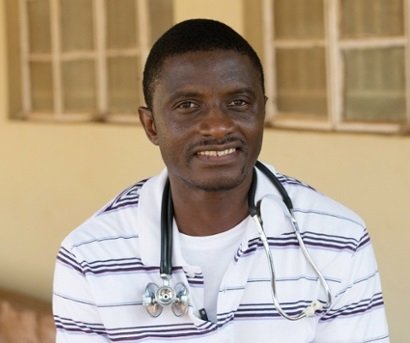 Dr. Martin Salia is the second person to die of Ebola in the U.S. The Sierra Leonean doctor, a permanent resident of the U.S., was experiencing advanced symptoms of Ebola when he arrived at the Nebraska Medical Center Saturday from Sierra Leone. He was not treating Ebola patients in that country.

“We used every possible treatment available to give Dr. Salia every possible opportunity for survival,” said Dr. Phil Smith, medical director of the Biocontainment Unit at Nebraska Medical Center and professor of infectious diseases at the University of Nebraska Medical Center. “As we have learned, early treatment with these patients is essential. In Dr. Salia’s case, his disease was already extremely advanced by the time he came here for treatment.”

Salia’s symptoms included kidney and respiratory failure. He was placed on dialysis, a ventilator and multiple medications to support his organ systems in an effort to help his body fight the disease. Reports indicate that he was put on dialysis and placed on incubation and medical ventilation within 12 hours. He also received a dose of convalescent plasma from an Ebola survivor, and ZMapp therapy was initiated at the hospital.

Nebraska Medical Center is one of four centers in the United States designated to treat Ebola patients. Two Americans, Dr. Rick Sacra and Ashoka Mukpo, a freelance cameraman who worked for NBC, were treated there and released last month.

“We’re very grateful for the efforts of the team led by Dr. Smith,” said Isatu Salia, Martin Salia’s wife. “In the short time we spent here, it was apparent how caring and compassionate everyone was. We are so appreciative of the opportunity for my husband to be treated here and believe he was in the best place possible.”

Martin Salia was the chief medical officer and only surgeon at Kissy United Methodist Hospital in Sierra Leone. Kissy was shut down Nov. 11 when staff received word Salia had tested positive for Ebola. The doctor, who is from Maryland, quarantined himself as soon as he started feeling ill.

How Salia contracted the disease has not been determined, but doctors in Nebraska noted the first Ebola test, performed on Salia Nov. 7, was negative, which is not uncommon.

“A general surgeon, Dr. Salia dedicated his life to saving others,” said White House Press Secretary Josh Earnest. “He viewed this vocation as his calling, telling his fellow United Methodist Church members that he pursued medicine not because he wanted to, but because he firmly believed it was God’s will for him.”

“I see it as God’s own desired framework for me,” Salia said in an interview. “I took this job not because I want to, but I firmly believe that it was a calling and that God wanted me to. That’s why I strongly believe the God that has brought me here will fix whatever comes to my door, [my] way.”

Salia is one of the two Black men treated for Ebola in the U.S. and have died.