Gina Prince- has a sleeper hit with ‘Beyond the Lights’ 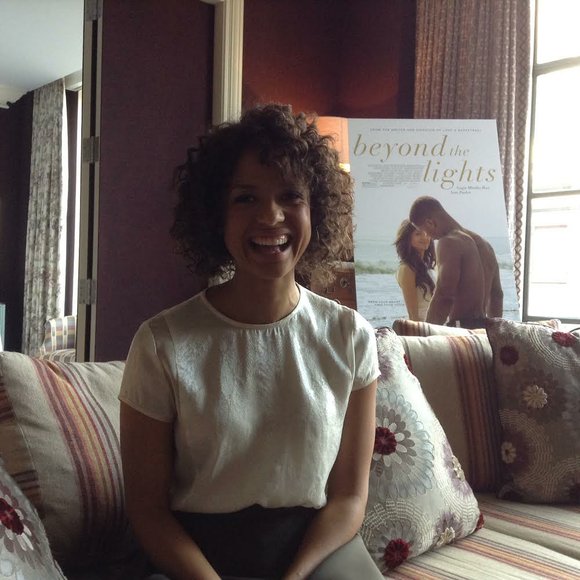 I was first introduced to Gugu Mbatha-Raw at the seventh annual Black Women in Hollywood press conference while covering the Oscars in Los Angeles in March. My first impression of her was formed around her name. Three times I pronounced it “Goo-Goo MBAH-tah Raw,” and each time she nodded and smiled.

"Yes, you are pronouncing my name correctly," the ingenue confirmed. "I don't think I can properly pronounce yours, I'm afraid."

It was then that I realized that Mbatha-Raw was in possession of a crisp British accent that made me hang on her every well-punctuated word. In quick turn, she shared that her beguiling accent was the product of her English mother and South African father and being raised in Oxford, England.

It might be a broad stereotype, but that side of the pond tends to produce very well-trained, versatile thespians. To wit, Mbatha-Raw trained at the Royal Academy of Dramatic Arts

Months later, we re-connected at the New York press date for "Belle," a critic-favored film that, sadly, didn't catch on with audiences. Referring back to my notes, I doodled the word "charming" and "layered" over her name.

Fast-forward to 2014, and I'm strolling into our first one-on-one. In less than 30 seconds, Mbatha-Raw makes you forget that she's a seriously beautiful woman. That's a side bar.

Here's what the star of Gina Prince-Bythewood's "Beyond the Lights" had to say about bring on the brink of stardom—again.

AmNews: Do you remember me from the "Belle" press day?

GMR: Yes, of course. It's your hair, but I can't pronounce your name. Sorry.

So Gina said this about you: “When she was auditioning, I was like, ‘Oh my god, this is happening, this is her, this is her.'” Despite the studio wanting an established star, Gina knew instantly and fought to get you the role.

That's flattering and humbling. She's very easy to work with, and I trusted her. We were all working from a place of trust.

What drew you to Noni? Gina, who called you the "full package" and cited your training at the Royal Academy, remodeled the character. Noni is complex and frankly not always likeable.

Noni isn't a bad girl, not really. In many ways, she's a victim of her success. The music and entertainment industry absolutely sexualizes young women and girls. Sex sells, and it's a hefty price psychologically and emotionally. Gina wants this film to be a point to change the conversation and steer the culture in a fresh, new direction. Inspiration to be strong enough to your authentic self. Noni became trapped by her public peers. That journey to find herself, to answer your question, is what drew me to play her.

I enjoyed watching Minnie Driver sketch out a contemporary stage mother from hell. Great job. Did she remind you of anyone?

(Laughing.) No, absolutely not! I loved working with Minnie. She is a hilarious woman. As for my relationship with my mother, well, I'm lucky that my mother had a very well-adjusted perspective of the world and never pressured me to do anything I didn’t want to do.

Producer Stephanie Allain said that "Beyond the Lights" is really about how "love saves you." Thoughts? You and co-star Nate Parker (Kaz) have tremendous onscreen chemistry.

That's kind. Thank you. Nate is such a terrific actor, and it was great working with such a committed and focused artist. That's what he is. He's an artist. He is also warm, and he brings that to his character, Kaz.

Noni needed authentic strength and he provided that. It grounded her, and she was able to absorb his sense of decency—an interesting juxtaposition inside her superficial world.

When we first met, you mentioned how much you enjoy gardening. How is that going?

Did I? That's odd since, although I enjoy beautiful gardens, I can't say that I am a gardener. Are you sure, Lapacazo, it was me chatting about flowers?

Ahh, you do remember me! Yes, “Goo-Goo MBAH-tah Raw,” you’re impossible to forget.

"Beyond the Lights," starring Mbatha-Raw as a burgeoning pop star and Nate Parker as the cop who saves her from suicide, opened Nov. 14.