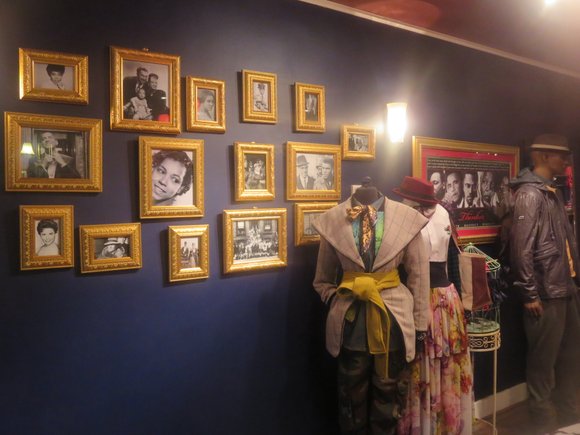 This Saturday November 22nd at 9am sharp the Harlem Haberdashery family and volunteers will be handing out brown bag lunches to those in need at the Memorial Baptist Church as a part of their bi-annual #Feed500 initiative hosted by #takecareofharlem, a social media campaign that aims to decrease the number of hungry Harlem residents through the collective efforts of the Harlem Haberdashery and other organizations.

“We make born bag lunches and write lovely inspirational notes for each one,“ said Sharene Wood, the CEO of the Harlem Haberdashery. “Then distribute them at various distribution points with different community partners to people that want or need the brown bag lunch.”

While the exact number of homeless New York City residents eludes researchers, 109,000 people reportedly turn to homeless shelters for housing, attempting to escape the city’s harsh winter. Seeing a need to support the community’s less fortunate, Harlem Haberdashery set out to feed 500 locals this Saturday with the help of volunteers. “Our initial goal of 500 was well surpassed and I think this year we will double that to make over a thousand brown bag lunches that we will distribute to our various partners,” said Wood.

Later that evening the Harlem Haberdashery and The League, a distinguished gentlemen's movement, will kick off their 3rd annual Toy & Coat Drive at 5pm at the Harlem Haberdashery Boutique. The Toy & Coat drive will accept donations from November 22 - December 20. 2014, and will provide toys for children at the Harlem Hospital's Pediatric Outpatient Department and clothes for residents at the Convent Family Living Center, a facility that houses families whose homes were lost due to fires, natural disasters or vacate orders.

Teaming up with the Convent Family Living Center was important for Louis Johnson Jr, the trend specialist and co-owner of Harlem Haberdashery, who felt compelled to work with the organization after a friend suffered a personal tragedy.

“Recently, a friend of mine who had just come from his aunt’s house who had been lying in bed one night and fell asleep with a cigarette in her hand and burnt their house down,” said Johnson. “Luckily she got out safely but there was nothing for them to take out even after the fire was put out and I decided that this year I wanted to be a blessing to their organization since they’re such a blessing to everybody else.”

Woods went on to point out that giving back is a family affair, “we are a family owned and operated boutique and business and we each have different initiatives that are dear to our hearts,” said Wood. “#TakecareofHarlem is my brothers, Louis’ organization “the league” supports the Greener Lenox, which is a tree restoration and beautification project. For me, my project is the Elegant for Prom which is an April, May cycle where we ask our fans and fashionista’s to donate new or gently used formal prom wear for our various partner organizations for graduated seniors.”

For Woods, the initiatives are simply a way to homage to the community that she loves.

“I always feel like any kind of pay it forward attitude is good for business, good for community morale and it does really allow people to see that Harlem is a community of people that care,” said Wood. I think that sort of community togetherness, it’s something that everyone needs to see and be a part of.”