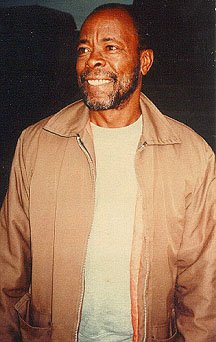 After languishing “in the belly of the beast” for more than 41 years, a New Jersey state appeals court ordered that Sundiata Acoli be released. Previously, he had been denied parole in 1993, 2004 and 2011, but the appellate judges reversed the most recent ruling Monday. The appeals panel found that the 2011 parole board ignored evidence that was beneficial to Acoli.

The man formerly known as Clark Edward Squire has been incarcerated since being arrested days after his car was stopped by state troopers on the New Jersey Turnpike shortly after midnight May 2, 1973, and a shootout ensued. He escaped significant injury, but passenger Assata Shakur was wounded and passenger Zayd Shakur was killed. Trooper Werner Foerster was also killed, and his partner James Harper was seriously injured.

Acoli and Assata Shakur were later convicted for the troopers’ death and sentenced to life plus 24 to 30 years.

The appellate judges wrote Monday that the parole board ignored a prison psychologist’s favorable report on Acoli and the fact that he had expressed remorse for the trooper’s death. The judges also blamed the board for focusing too much on Acoli’s past criminal record and concealing the fact that he hasn’t had any disciplinary incidents in prison since 1996.

“Make no mistake,” the judges wrote. “We are completely appalled by Acoli’s senseless crimes, which left a member of the State Police dead and another injured, as well as one of Acoli’s associates dead and the other injured. But Acoli has paid the penalty under the laws of this state for his crimes.”

The case is still a sensitive subject all these years later. Col. Rick Fuentes, superintendent of the New Jersey State Police, called the case an open wound. “I am both disheartened and disappointed by the appellate decision in this matter,” Fuentes said through a spokesman Monday. “The mere passage of time should not excuse someone from the commission of such a horrendous act. My thoughts and prayers go out to the Foerster family, whose lives have been deprived of a father and son.”

Through a spokesman, the office of the attorney general of New Jersey said it would appeal the decision and could seek a stay that, if granted, would postpone the 77-year-olds’ release. The discharge date has yet to be revealed. Acoli is currently in prison in Otisville, N.Y., approximately 75 miles northwest of New York City.