Schumer gets a visit from young demonstrators for immigration reform 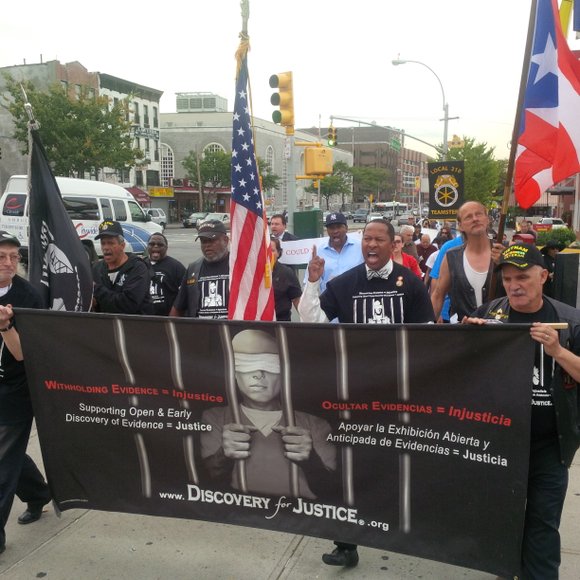 Playing the roles of judges and lawyers, the protestors charged Schumer with profiting from the detention and deportations of immigrants. They also indicted the senator for remaining silent while President Barack Obama delays administrative relief. Asians and Muslim immigrant communities are pushing for the president to move quickly on an executive order that would provide relief from deportations and exploitation on the black labor market.

Ferdousi Islam, a protestor turned witness in the mock court, shared the story of her husband being detained and deported. “Politicians like Sen. Chuck Schumer are making money off the detention of immigrants, along with the prison industry that preys on the lives of the undocumented,” she said.

Nayim Islam, a leader with DRUM and the lead prosecutor in the trial, told the jury that the Democratic Party’s promises to immigrant communities were false. “Dear jury, ‘eventually’ is it not good enough when 1,100 of our community members are being deported every day,” he said.

At the close of the trial, the jury deliberated and found both defendants, Obama and Schumer, guilty of all charges.

“We want Sen. Schumer, the Democratic Party leader, to push President Obama to use his executive authority now and provide administrative relief for millions in the undocumented community and not wait until after elections,” said Fahd Ahmed, acting director of DRUM, in a statement sent to the AmNews. “As immigrants, we know what’s best for us. We know what our experiences are. We want to share those experiences and we should be the judge of what’s in our favor, in our benefit.”