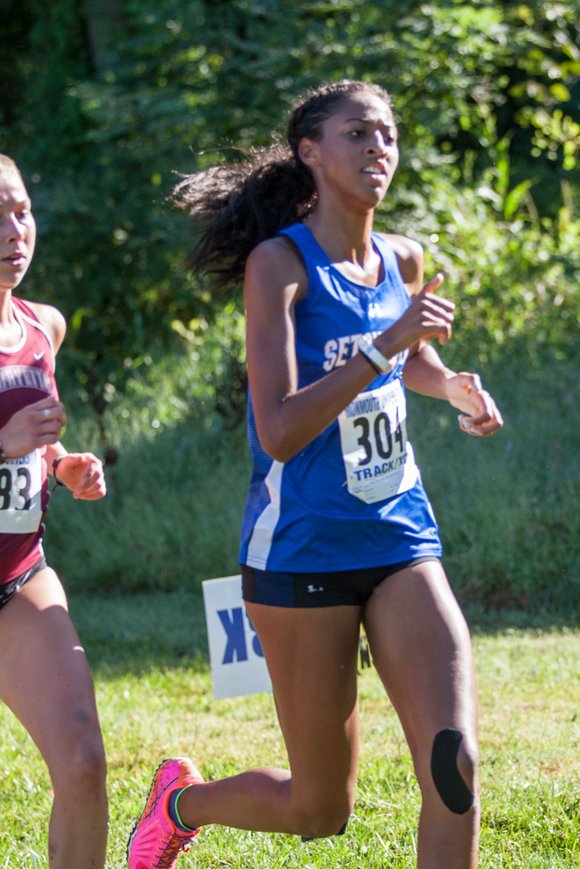 Desyre Blackburn was born into her sport growing up in the running capital of the country. Seton Hall University

Growing up with Nike’s Beaverton, Ore., headquarters in the neighborhood, Desyre Blackburn was destined to run. After dabbling in track, she found her true passion in cross-country, and with the encouragement of friends and family she decided to do her college running on the East Coast. Last weekend, Blackburn and her Seton Hall teammates finished a strong second at the 5K ASICS Embry-Riddle Classic in Daytona Beach, Fla.

“[Growing up] there was no way I could avoid track,” said Blackburn, 19, a sophomore. “My mom did track in high school and did really well. She told me about all these feelings she had when she was running.”

Her freshman year of high school, Blackburn played volleyball—she’s 5-foot-10 and is often mistaken for a volleyball player at Seton Hall—but with the combination of her mother’s love of running and the Nike environment in her hometown, she decided to try track. After making the varsity squad, she moved into cross-country.

Although Seton Hall no longer has a track and field program, the cross-country runners are able to do up to several outdoor meets in the spring, and as a freshman, Blackburn had considerable success in 3K and 5K races. Now in her sophomore year, she looks forward to doing it again, but first, there’s plenty of cross-country action ahead.

Although she dreamed of living near New York City, last winter’s cold temperatures made her a bit homesick. Running on the school’s indoor track and winter training helped her make the transition to college athletics. Blackburn is also enjoying helping the Big East forge a new identity. This is the second year of the new alignment, with no football schools in the conference. The Pirates are a close-knit group of student-athletes and are very supportive of each other.

“I love the academic culture of the school because it’s small. The professors really get to know you,” she said. “I like how we’re doing as a team. Our coaches have been increasing the intensity of the training. … Now we’re focused on staying together, which has really helped me as a runner to get better.”