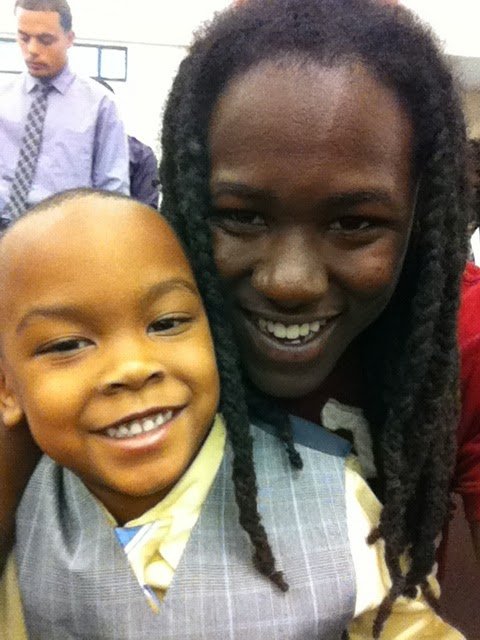 Rodney Mitchell (right) was fatally gunned down by police is Sarasota, Fla. in 2012 Contributed

In response to the recent deluge of police-involved deaths like those of Rodney Mitchell, Michael Brown and Eric Garner, the National Bar Association (NBA) is holding a "Day of Action."

The centerpiece is a town hall entitled “Know Your Rights Because It Could Save Your Life.” The event will take place in Sarasota, Fla. aimed to both educate the community as well as making a full-throated call for justice in the death of Rodney Mitchell, a young man shot and killed by Sarasota County Sheriff's Officers in 2012. The shooting has been compared to the 2006 police shooting of Sean Bell in New York.

Mithcell, 23, and his cousin were pulled over by a white sheriff's officer for Mitchell allegedly not wearing his seat belt. After another officer arrived to the scene. Officers allege Mitchell, who was unarmed, tried to run them over with his care and the opened fire killing him. Mitchell's cousin has a different account of what happened not consistent with what officers said.

NBA president Pamela Meanes said that the town hall is poised to feature wide-ranging discussions on “the Fourth Amendment (“Search & Seizure”)...whether it is legal to record police activity, and how citizens should behave/respond if and when they interface with police officers.” She adds that, “In addition, panelists will address issues of inequality and racial bias in policing, the justice system, and violence against members of minority communities.”

In a statement, the NBA said it has renewed its call for “the U.S. Department of Justice to conduct a fair and impartial investigation into deaths involving police in New York, Dallas and San Antonio, Texas;and Beavercreek, Ohio.