In Solidarity with Ramona Africa 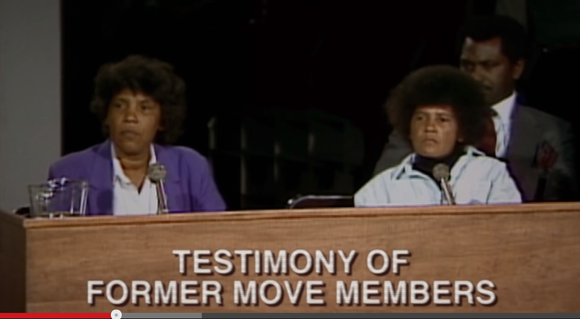 Screen shot of the documentary, Let The Fire Burn

Though the bombing of the black liberation group MOVE happened almost 30 years ago in Philadelphia, the lone survivor remains in the news.

As part of the 6th Annual Black Panther Party Film Festival, Ramona Africa made an appearance recently at the Maysles Cinema in Harlem. Along with fellow activist Pam Africa, she spoke about the continuing struggle for civil rights, in connection with the screening of the documentary “Let the Fire Burn.”

​Trailer for the film: Let the Fire Burn

The 2013 film documents the events surrounding a 1985 stand-off between the black liberation group MOVE and the Philadelphia Police Department. Ramona Africa was along with one other person were the only survivors of the bombing. The fire destroyed 60 homes and caused 11 people to lose their lives including 5 children.

MOVE was founded by John Africa, who condemned technology, animal consumption and formal educational as part of his teachings. The group’s ideology centered on Black empowerment and the return to mother nature, and he and other members changed their names to Africa in celebration of their heritage.

Ramona Africa urged Harlem residents to hold tight to their history. “We don’t ever intend to let people forget what happened to me and my family,” said Africa, who served seven years in prison in connection with the bombing.

Pam Africa, leader of MOVE, remains highly critical of the police action 30 years ago. “Not only did they kill our family, but every form of life: dogs, cats, even the destruction of the trees in the area,” she said. “People talk about the people, but there was also other life there.”