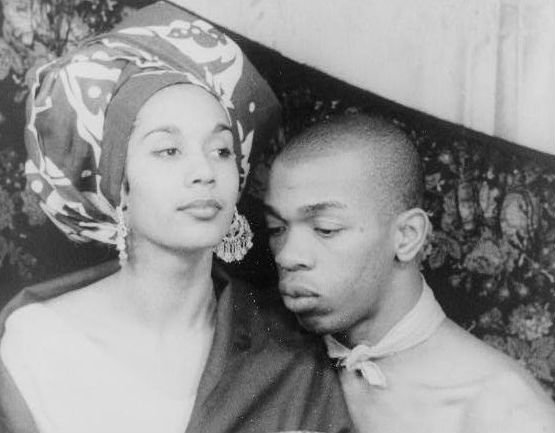 Geoffrey Lamont Holder, a multitalented artistic force of nature whose commanding 6-foot-6 frame, baritone voice and enthusiastic laugh were outward manifestations of an incandescent spirit and an inimitable creative genius, made his transition Sunday at age 84, as a result of complications pneumonia.

The outpouring was instantaneous. Within hours, obituaries appeared on television and flooded newspaper and magazine websites, including NY1, BBC News, The New York Times, People, Essence, Variety and more. The chorus of praise for a remarkable career and life well-lived recalled his “larger-than-life presence” in movies, on stage, on TV and in art, publishing, music and dance. Many recalled the iconic 7-UP television commercial of the 1970s and ’80s that featured Holder in a white suit and hat extolling the “Absolutely Maaaaah-velous” virtues of the “Un-cola,” with his megawatt smile and melodious Caribbean accent.

Several friends and colleagues also had precious memories that they shared with the Amsterdam News. Judith Jamison, artistic director emerita of the Alvin Ailey American Dance Theater, said, “Geoffrey always gave us something totally incredible. Other than the extraordinary choreography and works of art, be they sculpture or painting, he was always working on something—directing, acting, singing, designing. Whatever he laid his hands on turned to gold. He expanded the way we thought of ourselves so that we felt there was more that we could do. I thank him for his genius.”

Tony Award-winning choreographer, dancer and director George Faison recalled working with Holder on many occasions, most memorably on the Broadway hit “The Wiz,” which garnered Holder two Tony Awards, for direction and costume design, and an award for Faison as well. “Geoffrey was a Renaissance man,” Faison said. “He did costumes, he directed, he choreographed … He was magic. A little magic was lost when we lost [him] Sunday. He gave us a richness and something to dream and strive for.” Remarking on the fact that when Holder entered a room, all eyes were on him, Faison added with a grin, “Well, being 6-foot-6 helps.”

Sylvia Waters, founding artistic director of Ailey II, fondly recalled “the generosity of his artistry” and the fact that he spent hours sharing his fabulous recipes with her. “Geoffrey believed that life is art and art is life,” Waters said. “He was also wonderfully warm, generous and supportive of young talent. If he believed you could do something, he would take the time to work with you and teach you.”

Indeed, the man Esquire magazine decades ago dubbed “The New Renaissance Man” was remarkable. From the moment he immigrated to New York in 1954 from his native Port of Spain, Trinidad and Tobago, where he had headed a folkloric dance troupe he took over from his brother, Boscoe, doors opened as if by magic. He taught at the Katherine Dunham School, became a principal dancer at the Metropolitan Opera Ballet and landed in a Broadway show with a cast that proved to be the nucleus of a burgeoning who’s who in the arts and a network of friends and collaborators,“House of Flowers.” The show’s cast of young, gifted and Black performers on the cusp of greatness included Arthur Mitchell and the “ravishingly pretty young dancer” who had recently arrived from California with Alvin Ailey, Carmen de Lavellade. She and Holder would later marry and have a son, Leo.

From then Holder had a remarkable career as a choreographer, dancer, designer, composer, painter, sculptor, photographer, author and much, much more. Highlights included winning Tony Awards in 1975 for direction and costume design for “The Wiz” and a 1978 Tony nomination for costume design for the Broadway musical “Timbuktu!” His critically acclaimed choreography for the Alvin Ailey American Dance Theater included “Prodigal Prince,” featuring Judith Jamison and Miguel Godresau and the compelling “Dougla” for Mitchell’s recently founded Dance Theatre of Harlem.

Holder’s dynamic baritone voice and dramatic flair also brought memorable characters to life in films: Baron Samedi in the James Bond movie “Live and Let Die,” Punjab in the musical “Annie” and Willie Shakespeare in “Doctor Dolittle.” Holder’s paintings, which some describe as lushly exotic, have been shown at Washington’s Corcoran Gallery and New York City’s Guggenheim Museum and have even won him a Guggenheim Fellowship. His culinary talent was featured in “Geoffrey Holder’s Caribbean Cookbook.”

There was nothing he couldn’t do. Now, he has gone to be with the elders. The world will never be the same. As Faison said, a little bit of magic has left us. R.I.P., Geoffrey Holder. You will be missed.