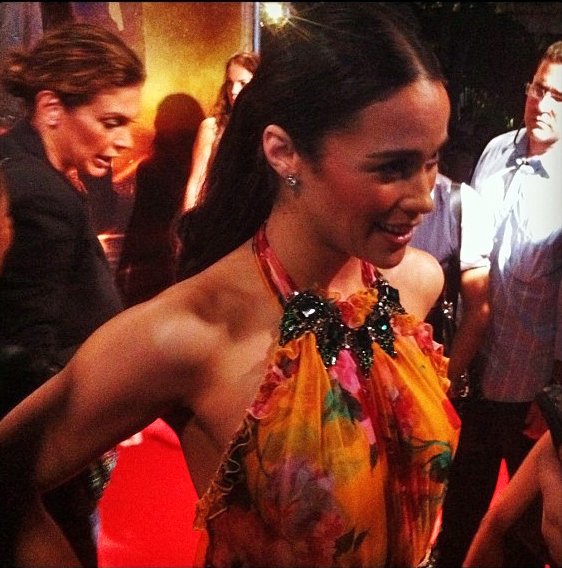 The 38-year-old actress and 37-year-old singer announced they were separating in February after nine years of marriage. Patton is rumored to be already living with Zak Waters, a member of a pop/funk/electro band.

America’s favorite bad guy, Michael K. Williams, keeps on bein’ bad while shooting the final season of “Boardwalk Empire,” but he was caught recently in Harlem kickin’ it with the real “Freeway” Rick Ross, who he portrays in the new film, “Kill the Messenger,” which released nationwide Oct. 10. Williams and Ross became great friends during the shooting of “Kill the Messenger,” and he’s been giving Ross major kudos for learning to read while in prison and acting as his own attorney to get himself released.

Estranged from her husband, Nick Cannon, who covered the tattoo of her name on his back with Jesus on the cross, “Mariah Carey reportedly texted rapper Nas, wondering if he had any friends she could go out with,” said one insider. “But Nas is nervous to introduce her to anyone.” Mariah and Nas have been friends for years and even collaborated on the song “Dedicated” on her 2014 album, “Me: I Am Mariah...The Elusive Chanteuse.”