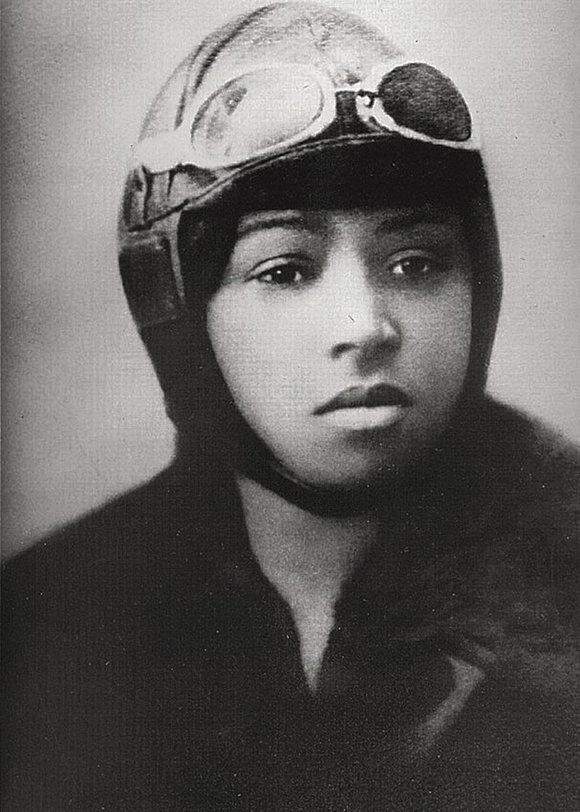 Seeing a Black woman with “aviation consultant” under her name on a nightly television news show caught my attention, but the moment was so fleeting that her name never registered, or if it did, I forgot it. What her appearance did remind of, however, was an unforgettable African-American aviatrix, Bessie Coleman.

Unfortunately, even in some of the best encyclopedias and dictionaries of Black notables, she is not included. We needn’t get into the rather obvious reasons for such an oversight, but the absolutely astonishing rarity of her feats may be one reason she doesn’t pop up on the radar screen of some writers and historians. At the top of her pioneering accomplishments—and the one thing cited more than any other—is the fact that in 1922, she was the first African-American woman to stage a public flight in this country. Of course, to complete this historic feat, she had to have a pilot’s license; she was the first Black woman to earn one.

But before her death-defying aerial stunts that left thousands of Americans in awe at air shows, Coleman had already performed these dives, loops and spins in the skies of France. As we know so well that when racism and discrimination place limitations on opportunity and possibility, many African-Americans go elsewhere, and Coleman took her dreams to France, where she perfected her French and entered one of the country’s most prestigious schools of aviation, Caudron Brothers. In less than a year, she performed both the requirements and many difficult maneuvers in the air, including a variety of aerial tricks that eventually qualified her for specialized stunt flying.

Coleman was born Jan. 26, 1892, in Atlanta, Texas. She was one of 13 children in a family of sharecroppers. Educational opportunities were very limited for a young girl from a farming community, especially one only one step from slavery. Nonetheless, she began attending the Missionary Baptist Church. After her father moved to Oklahoma, where he had rights because of three Indian grandparents, her mother, Susan, stayed in Texas with five of the children, including Bessie. Later, Bessie Coleman, with money earned from washing and ironing clothes—as her mother did—had enough savings, along with help from her mother, to attend the Oklahoma Colored Agricultural and Normal University, now Langston University, but lacking the full tuition, she was there for only one semester.

She was 23 in 1915, the year Booker T. Washington died, when she moved to Chicago to live with her two brothers and, after training in a beauty school, found work as a manicurist. This job gave her contact with Chicago’s elite Black community. As she matured, her interest in world events increased, and she began listening and reading whatever was available about World War I, which the U.S. was not yet participating in. Even so, her desire to one day fly a plane was not diminished.

One of Chicago’s movers and shakers was the Chicago Defender’s founder Robert Abbott, who encouraged Coleman to take her dreams and aspirations to France since they were blocked here. But there was still the need for money for such a venture, and she found employment at a chili restaurant to pay the rent and to study French at the Berlitz School. With her savings and support from a number of believers, including Abbott, she left for France in 1920.