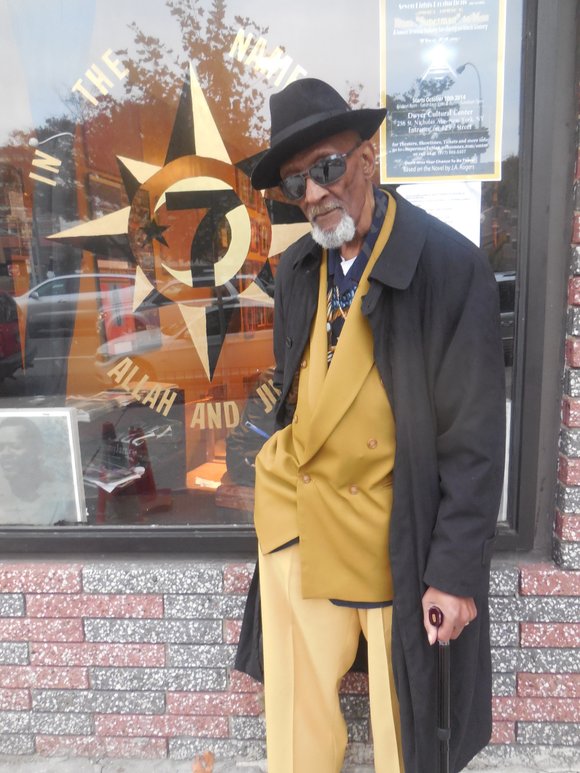 During the past couple weeks, various local events have commemorated the establishment of the Five Percenters, a.k.a. Nation of Gods & Earths, a half century ago. Although its founder had already been positively influencing urban youths for several years, Oct. 10, 1964, has been recognized as the date the Harlem-based organization was spawned.

Shortly after joining his wife, Dora, at the Nation of Islam’s Temple No.7 in mid-1960 (then located at 116th Street and Lenox Avenue), Brother Clarence 13X contributed to disseminating their teachings, which he learned under the tutelage of Minister Malcolm X, within the Black communities.

While distributing their Muhammad Speaks newspapers in the streets, his magnetic self-styled wisdom attracted “the brothers,” some Central Harlem teens also referred to as “renegade Muslims.” “We used to watch Malcolm X speak in the streets, before meeting the Father,” recalled First Born Prince.

After announcing that he was Allah and departing from the Nation of Islam’s doctrine in September 1963, Clarence 13X focused on teaching the youth his unique understanding of Islam, not as a religion, rather as a scientific way of life.

While some say that he was expelled from the temple for not adhering to their strict code of conduct, others argue that he left on his own, citing that for someone to be put out of the Nation of Islam, there first has to be a suspension period and then a trial, but neither occurred.

Abu Shahid, who also soldiered at Temple No.7, followed months later. Justice and Hebeka (now Rasul Rafiq) had befriended Allah earlier in Harlem, and joined in.

Legend has it that Allah began teaching 16-year-old Kareem, later known as Black Messiah, the science of the Supreme Mathematics and Supreme Alphabets Oct. 7. In the next few days, Kareem brought Al-Salaam and Al-Jabbar (later known as First Born Prince) to meet the Father, as they referred to Allah.

In the following days, Uhuru, Bisme/Nihiem, Akbar, Bilal (now A.B.G. No.7), Al Jamel and Kihiem were selected by Allah to complete the exclusive group of nine youths who were the “best knowers” and had the “most magnetic abilities” to teach other youths. They became known as the First Borns.

According to certain accounts, the First Borns were in agreement that Oct. 10, 1964, would be recognized as the founding date of their fledging nation, relating it to the 10th degree in the 1-40 of their lessons: “The Son of Man has searched for that mystery God for trillions of years and was unable to find that mystery God, ‘so we agreed that the only God is the Son of Man’ and that we would lose no more time searching for that which does not exist.”

Prince reflects, “It wasn’t about who met the Father first, because he had already been teaching [other youths] by the time we became First Borns. We were chosen by how fast we learned our lessons and how many people we taught.”

They continued influencing other youths with this “knowledge of self,” taking it to Medina (Brooklyn), Pelan (the Bronx) and the Desert/Oasis (Queens) in 1965.

In June 1967, Allah negotiated a building at 2122 seventh Ave. from New York City Mayor John Lindsay to utilize as an outreach center for local youths. Later that year, he arranged with the Harlem Preparatory School headmaster, Ed Carpenter, to have some students from his Street Academy attend the college-prep high school .

When riots erupted nationwide after Dr. Martin Luther King Jr.’s April 4, 1968, assassination, the Five Percenters helped quell the riot stirring in Harlem. They had a down period after Allah’s June 13, 1969, assassination, only to resurge a few years later.

For the next couple decades, the organization flourished, encouraging education and uplift of their communities. Hip-hop’s emergence during the 1980s helped heighten awareness of the Five Percenters, which has since grown globally.