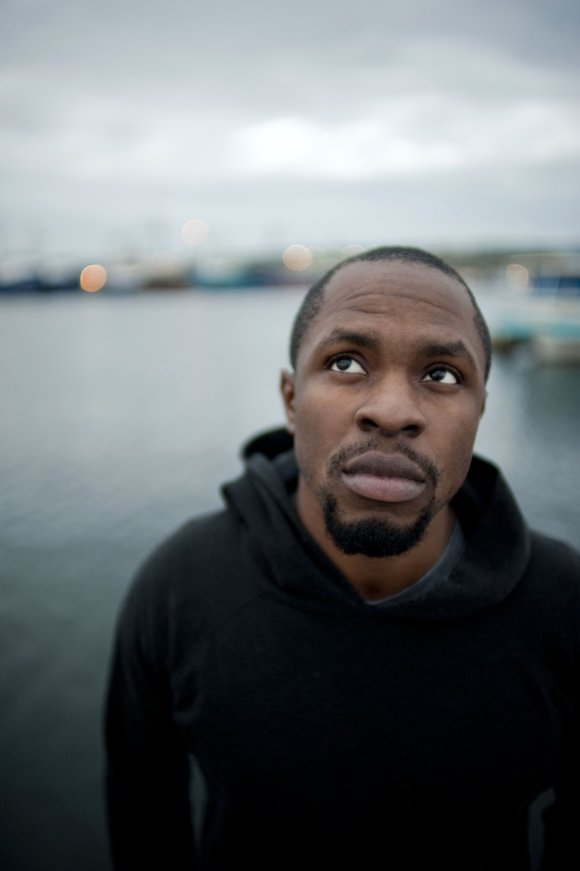 Actor Gbenga Akinnagbe is best known for his role as Chris Partlow in the HBO series “The Wire.” However, activism is also something he has a passion for.

A first-generation American whose family hails from Nigeria, he remains connected to the culture and causes of the country, as well other nations, through his lifestyle brand, Liberated People (www.weareliberated.com).

Born in Washington, D.C., Akinnagbe is the second of six children. He attended college at Bucknell University, participating in the wrestling program with aspirations of becoming a professional wrestler. While working for the federal government, he was turned on to the idea of acting by a coworker.

“I never thought about acting until I asked her how she got into it,” Akinnagbe said. “That sparked something in me.”

After various auditions, he got his break with the Shakespeare Theater Company in Washington, D.C., performing small rolls in all three “Oedipus” plays, alongside Avery Brooks and Earle Hyman.

Akinnagbe has also graced some of the most-renowned stages, including Intiman Theater, the Flea Theater and the Public Theater. After sharing the screen with Phillip Seymour Hoffman, Akinnagbe was invited to work with Hoffman’s company, the LAByrinth Theater Company.

While submitting to casting directors as and performing in plays, he was cast an extra on “The Wire.” Akinnagabe later attended acting school in New Jersey and was invited to audition for the Juilliard School.

The casting director for “The Wire” contacted him about a regular role. However, he had to turn it down because of academics. Weeks later, he was called back and offered the role of Chris Partlow.

Akinnagbe made his feature film debut in the Oscar-nominated independent film “The Savages,” where he starred alongside Hoffman and Laura Linney.

His other movies include “The Taking of Pelham 123,” alongside Denzel Washington and John Travolta, “The Edge of Darkness” opposite Mel Gibson, and “Lottery Ticket,” with Terry Crews, Ice Cube and Bow Wow.

“I like what I am doing now and I like telling stories,” he said. “I feel appreciated when people stop me.”

As an activist, he owns and operates a socially conscious and eco-friendly clothing company, Liberated People. The company highlights the liberation dates of nation states around the world.

Currently splitting his time between Los Angeles and New York, Akinnagbe remains close to his philanthropic interests. He’s been awarded the Trio Achiever Award by the Mid-Eastern Association of Educational Opportunity Program Personnel as distinguished alumni of the Upward Bound program.

He sits on the boards of the Museum of Contemporary African Diasporan Arts in Brooklyn, N.Y., ReWired for Change in Baltimore, Md., and Shine on Sierra Leone in Venice, Calif.

In his free time, Akinnagbe is a freelance writer and has contributed articles to The New York Times, Israeli news source Haaretz and Russell Simmons’s digital media company, Global Grind.