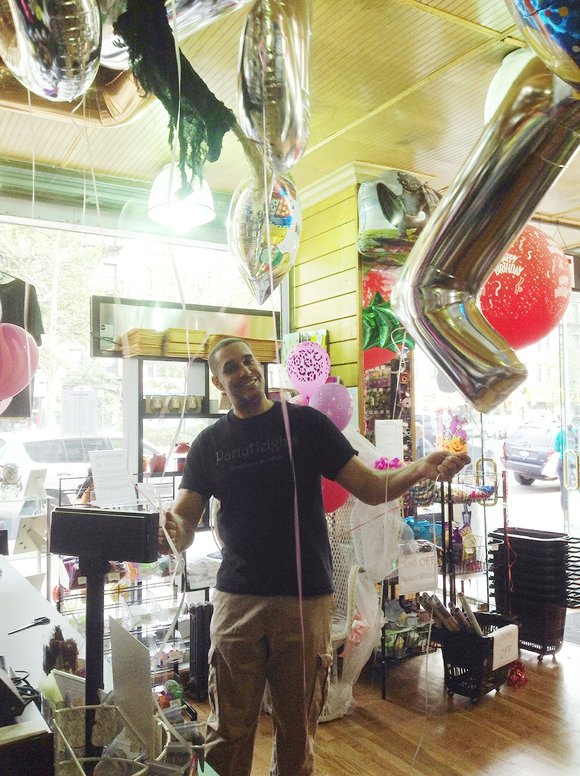 Here come the holidays and all the joys and tribulations associated with the “festive” part of city life.

I’m suggesting two ways to ease into the inevitable and make the rapid passage of time work in your favor. To help shape the “eerie” mood, I’m suggesting a trip to Party Heights first (144th and Broadway) because once your spooky accessories are completed, you can also get prepared for the other holidays all in one trip. Party Heights is that kind of store, and the proprietor, Joe, is that kind of owner.

Now, a cheap cinematic option ($5) from the Academy of Motion Picture Arts and Sciences and the New York University Orphan Film Symposium, with this year’s installment of “The Real Indies: A Close Look at Orphan Films.” A two-day screening series runs from Oct. 31 to Nov. 1.

The series serves as an opportunity to discover orphan films—rarely seen, previously neglected cinematic works deserving preservation and revival. This eclectic showcase will open Friday at 7:30 p.m., with a newly restored 35-mm print of the cult horror-comedy classic “Spider Baby,” written and directed by Jack Hill. Filmmaker William Lustig, known for his low-budget indie horror films, will introduce Hill and moderate a conversation with Hill afterwards.

Filmed in 1964 but not released theatrically until 1968, “Spider Baby” marked director Hill’s solo debut and is cheekily subtitled, “The Maddest Story Ever Told.” The film follows three orphaned siblings suffering from a rare genetic disorder that causes them to regress, the narrator warns us, “to a pre-human condition of savagery and cannibalism.”

Saturday’s program will offer a full day of rediscovered and recently preserved orphan films, starting at 10 a.m. Twenty speakers will treat attendees to an array of cinematic creations, more than 20 films, ranging from a minute to an hour in length. The films are organized into three sessions:

“Experimental Views”—Expressive and personal experimental films that challenge the way we see the world.

“The Academy is excited to partner with the NYU Orphan Film Symposium and showcase the work of the Academy Film Archive,” said Patrick Harrison, the Academy’s director of New York Programs and Membership. “This program presents a great opportunity for these lost treasures to return to the big screen.”

Dan Streible, director of the Moving Image Archiving and Preservation Program at New York University, added, “NYU Cinema Studies is thrilled to partner again with the Academy, an organization that shares the Orphan Film Symposium’s mission to save, screen and study an inspiring variety of films.”

Tickets for Friday’s opening night screening of “Spider Baby” are $5. Doors open at 6:30 p.m. Individual tickets for Saturday’s series will be priced at $5 per session.