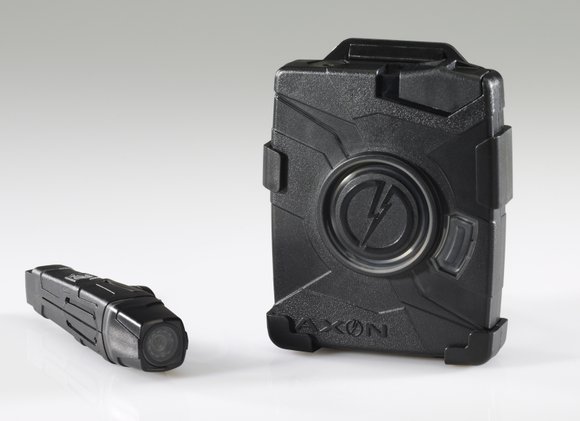 In the wake of recurring allegations of police brutality, racial profiling and excessive use of force, Police Commissioner Bill Bratton announced that he’s “actively looking” to launch a program that mandates body cameras for NYPD officers.

Speaking at a news conference last week at NYPD headquarters about the department’s security measures for the Labor Day weekend and other related issues, Bratton said he has been considering the program since he was appointed commissioner. Other cities, such as Detroit, Miami, Orlando and Los Angeles, where Bratton served as police commissioner until 2009, have implemented body-camera programs.

Bratton also announced that the department will execute a pilot program that will equip 50 NYPD officers with body-mounted cameras. He did not state when the pilot program will start or how much it will cost the city. The intent of the program is to prevent police misconduct.

Mayor Bill de Blasio endorsed the body-camera pilot program at a news conference in Brooklyn last week about the city’s expansion of full-day pre-kindergarten. “This has to be done smartly because we have to see what works,” said de Blasio. “The pilot program is going to tell us whether it’s something we can use on a bigger scale or it’s something that’s going to take a lot more time to use on a bigger scale. We’re going to have to find that out objectively.”

The mayor added, “But we’re absolutely committed to the pilot. We think there’s a real promise there, in terms of data storage and, obviously, confidentiality. This administration’s position is that we want this pilot to move forward.”

Last year, federal Judge Shira Scheindlin ordered a body-camera pilot program when she ruled that the NYPD’s controversial use of stop-and-frisk is unconstitutional and discriminates against the minority community.

The July 17 chokehold death of Black Staten Island man Eric Garner and the Aug. 9 killing in Ferguson, Mo., of unarmed Black teen Michael Brown, both at the hands of police officers, have sparked nationwide debate and criticism about the need for officers to wear body cameras. As of late, more than 152,000 people have signed a White House petition calling on Congress to pass the “Mike Brown Law.” The measure would require state, county and local police to wear cameras. Missouri Sen. Claire McCaskill and New York Reps. Charles Rangel, Yvette Clarke and Hakeem Jeffries have called for body cameras. McCaskill wants the federal government to help fund the program.

Unlike most incidences of alleged police brutality, Garner’s encounter with the officers was recorded by passerby Ramsey Orta. The video appears to show an officer placing Garner in a chokehold and then taking him down aggressively to the ground, even though he tells the officers, “I can’t breathe! I can’t breathe!” Garner was stopped by police for allegedly selling loose and untaxed cigarettes.