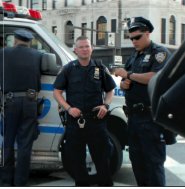 Police Commissioner Bill Bratton will face the New York City Council at an oversight hearing Sept. 8 to discuss the department’s plans to evaluate its current training procedures and his pledge to retrain, from “top-to-bottom,” 35,000 officers, after the recent death of Staten Island man Eric Garner as a result of a prohibited chokehold applied by NYPD officer Daniel Pantaleo.

Garner, a 43-year-old father of six, was stopped by police July 17 because he was allegedly selling loose and untaxed cigarettes. A cellphone video of the incident, recorded by passerby Ramsay Orta, appears to show Pantaleo placing Garner in a chokehold. Garner was said to be asthmatic and can be heard in the video repeatedly saying to the officers, “I can’t breathe.” The city medical examiner ruled the death a homicide.

A day after Garner’s death, Bratton said, “Chokeholds are, in fact, prohibited by the NYPD, as they are, in fact, by most police departments in the United States. So I have instructed Deputy Commissioner of Training Ben Tucker to review the cellphone video, the department’s policies and create a retraining program.”

Pantaleo and another unidentified officer were placed on modified reassignment pending the outcome of the case. Four emergency medical service workers, who refused to give Garner medical attention at the scene, were also suspended without pay pending an investigation.

“The New York City Police Department is embarking on an ambitious program to re-train all 35,000 officers, so this hearing will be a critical way to openly discuss their methodology and procedures,” said City Council Speaker Melissa Mark-Viverito. “The City Council takes its oversight role very seriously, and we expect to have a thorough and substantive hearing that will be informative to New Yorkers. Every day, thousands of NYPD officers help keep New Yorkers safe, and the hearing will be a chance to continue the improved dialogue between the police and the communities they serve.”

Council Member Vanessa Gibson, who is the chair of the Public Safety Committee, said while New Yorkers depend on officers to keep our streets and communities safe, they “are deeply concerned that we have seen encounters with police cost unarmed civilians their lives.”

“As people from communities throughout our city join together with the goal of making effective and longstanding reforms to the NYPD in the wake of the tragic death of Eric Garner, the Public Safety Committee will leave no stone unturned as we look at the enhanced training program that is designed to improve the NYPD, strengthen public safety and ensure that the constitutional rights of all New Yorkers are respected,” said Gibson.

After Garner’s death, Bratton sent a team of senior NYPD officers to consult with officials and observe the Los Angeles Police Department, where he served seven years as commissioner. Mayor Bill de Blasio signaled his support for Bratton’s retraining program and hopes it will repair relations between minority communities and the NYPD.

Staten Island District Attorney Daniel Donovan recently announced that he will convene a grand jury investigation into Garner’s death in September. He didn’t provide a start date or say when it might be completed. Relatives, lawmakers and supporters, including civil rights activist the Rev. Al Sharpton, believe Donovan will not convene a fair trial. Sharpton, who is trying to get the federal government to intervene in the case, led a march recently on Staten Island and called on Donovan to file criminal charges or let federal prosecutors take over the case. Mark-Viverito was the highest-ranking city official who participated in the march.