‘In Jesus time’: God and Hollywood 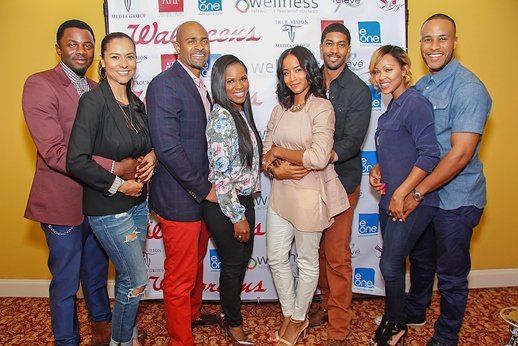 “In Jesus time” is how actress/producer Meagan Good signs her personal emails. It always makes me smile when I receive one because it’s a reminder that this successful actress (“Anchorman 2: The Legend Continues” opposite Will Ferrell and Kristen Wiig and lead character, Detective Joanna Locasto, in the new NBC drama “Deception”) is proud of her faith and is one of several high-profile Hollywood players who let their “faith flags fly!”

This past weekend, those faith power players broke “spiritual, creative and financial bread” at the Merge Summit, one of the largest events for people of faith, held in Los Angeles at the Millennium Biltmore Hotel.

The Merge Summit, co-founded by Dr. Holly Carter and Robi Reed, is presented in association with Walgreens, Wellness Interactive and Entertainment One.

My chats with Good centered on the subject of balance and how she maintains her sincere love of God, her career and being married to a Hollywood insider, who is also a minister. Yes, Franklin is also a minster.

“My love for God makes everything possible,” shared Good. “My life keeps getting fuller, and I love giving back. I’m filled with joy, the kind you can only get from knowing the Lord.”

In addition to acting, Good runs her own production company and is involved in the independent film community. Some of her producer credits include “Miles From Home,” which she starred in opposite actor/director Ty Hodges, and “Video Girl,” in which she also stared.

“I have a dream project brewing,” Good teased. “It involves music and faith. I’ll share more. Until then, In Jesus time.”