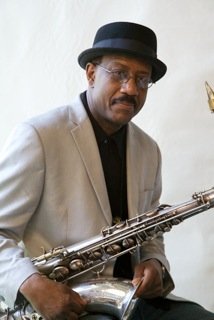 It’s very difficult for any band to maintain a high profile for an extended period of time, but saxophonist Patience Higgins and the Sugar Hill Quartet have kept Harlem swinging for more than 20 years. In recognition of their contribution to jazz and Harlem, Rome Neal’s Banana Puddin’ Jazz will pay tribute to Higgins and the Sugar Hill Quartet Sept. 6, 8 p.m. to 11 p.m. at the historical Nuyorican Poets Cafe (236 E. Third St., between avenues B and C).

The abled quartet, made up of leaders in their own right, features saxophonist Patience Higgins, pianist Marcus Persiani, drummer Dave F. Gibson, and bassist Alex Hernandez. (The group’s original bassist, Andy McCloud, died in 2010.) Special invited guests include Tony Award-winning actress Lillias White, Shelia Anderson (WBGO- FM), vocalist Allyson Williams and state Sen. Bill Perkins. “During the last 20 years, we have developed a strong camaraderie and an intuitive cohesiveness on the bandstand,” said Gibson. “We have been playing together so long, it’s magic every time we get on stage, and people feel our togetherness.”

Gibson met Higgins when he arrived in New York in 1988 and later, in 1997, joined the Sugar Hill Quartet, the Monday night house band at the historic St. Nick’s Pub in Harlem. After the demise of St. Nick’s Pub, Higgins and Sugar Hill became the house band of choice at the Lenox Lounge upon the popular club’s relocation. The quartet was also requested to set up swing quarters at Minton’s, the original home of jam sessions and percolating grounds for the birth of bebop. Every Saturday night from midnight to 3 a.m., Sugar Hill jams in an improvisational mood in the tradition of Minton’s Playhouse. Friday evenings, the band keeps the early morning hours swinging at Smoke Supper & Jazz Club with the “Round Midnight Sessions,” performing two sets at 11:45 p.m. and 12:45 a.m.

“If you like your jazz up tempo and overflowing with vitality, look no farther. Patience is a cooking, muscular-toned tenorman somewhere between Coleman Hawkins and Sonny Rollins,” stated Jazz Times magazine. Higgins won a Grammy as a member of Dee Dee Bridgewater’s tribute to Ella Fitzgerald, “Dear Ella.”

The multi-instrumentalist is one of those first-call musicians, who understands the meaning of playing good music in any type of context, allowing him performances with mavericks Muhal Richard Abrams, Hamiet Bluiett and David Murray, as well as engagements with the Duke Ellington Orchestra, Count Basie Orchestra, Bobby Short, Ray Charles, Aretha Franklin, Stevie Wonder and Yoko Ono.

Higgins, a native of Greenville, S.C., has been in New York for the past 25 years. “I am very honored for this upcoming tribute,” noted Higgins. “We love what we do and try to convey that to all who are in earshot to hear. We are fortunate to have so many fans.”

Higgins is also one of the few jazz musicians known in the Broadway pit circle. He has been a band member in a host of Broadway productions, including “The Wiz,” “Ain’t Misbehavin’,” “Chicago,” “Avenue Q,” “Jelly’s Last Jam” and “Motown the Musical.” The Sugar Hill Quartet has consistently touched the musical soul of Harlem for more than two decades with its traditional jazz and rousing mix of funk and blues. The group is currently working on a CD. For their legions of fans, it can’t be released soon enough.

Rome Neal’s Banana Puddin’ Jazz recently celebrated its 11th anniversary. It is Neal’s platform for paying tribute to this music’s living legends and to showcase aspiring jazz musicians, poets, vocalists and dancers, more than 500 to date.

“I’m honoring Patience Higgins and the Sugar Hill Quartet because they have stood the test of time as a jazz band in this town,” stated Neal. “Under the leadership of Patience Higgins, they have been on the scene for 20 years, performing with excellent musicianship for long, extended engagements at legendary Harlem jazz spots. They are the true ‘Gentlemen of Jazz.’”

Tickets are $15 in advance and $20 at the door. For reservations, call 718-288-8048 or visit www.nuyorican.org. Neal’s banana pudding, with its tasty Southern flavor, will be a complimentary treat for the palate.