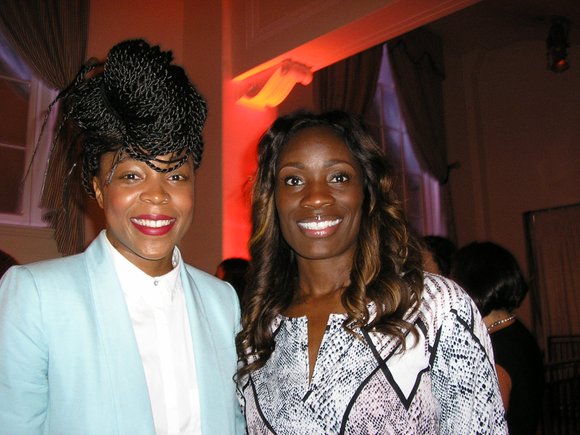 As the Phoenix Mercury and the Chicago Sky prepare to do battle in the WNBA Finals, members of the league, as well as former players and other individuals from women’s sports, gathered in New York City last week for the WNBA Inspiring Women Luncheon.

“You all inspire me,” political strategist Donna Brazile told the audience. The recipient of the 2014 WNBA Inspiration Award spoke about how sports impacted her life. “Being an athlete taught me how to compete.”

No one at the event garnered more attention that Mo’ne Davis, the 13-year-old Little League pitcher who landed on the cover of Sports Illustrated this summer. Basketball is actually her primary sport, and she hopes to play at the University of Connecticut some day.

Also honored at the event was newly retired Indiana Fever head coach Lin Dunn, who is on to what she calls her “chapter two.” She plans to devote time and energy to things she cares deeply about, including ending violence against women, helping elect a female president of the United States and LGBT rights.

“The first thing I did was make a bucket list,” said Dunn, who coached for 44 years. “There are places in America I’ve never seen, like the Grand Canyon. … I want to continue to consult college coaches. I want to help coaches get better. I’m going to consult with the Fever. I’m also going to be very passionate and focused on my social causes. I’m going to make a difference.”

Becky Hammon was also honored with the Boost Mobile Pioneer Award. Before she begins her historic new job as an assistant coach with the San Antonio Spurs, she paid tribute to the trailblazers in women’s sports. She also noted the impact the New York Liberty had on her career, from the basketball wisdom of former coach Richie Adubato to being embraced by the fans.

“My first WNBA game I ever went to was watching Becky Hammon play with the New York Liberty,” said Kayla McBride, a member of this year’s WNBA All-Rookie Team and Hammon’s teammate on the San Antonio Stars. “Now I’ve played with her and learned from her. She has such a great basketball mind and is an even better person.”