More Bodies Pulled From The Sea After Migrant Boat is Rammed 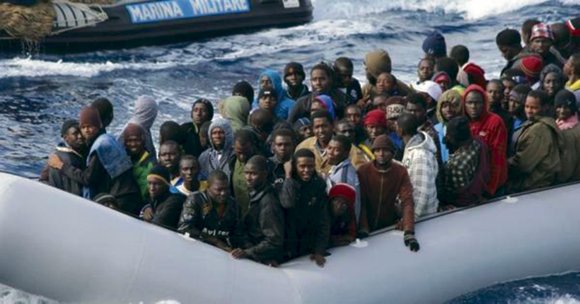 Sept. 15 (GIN)—Approximately 500 refugees are feared dead after their vessel was rammed by traffickers in icy Mediterranean waters, according to two Palestinians who survived the ordeal.

The boat had been carrying Syrians, Palestinians, Egyptians and Sudanese, including women and children, according to reports, and had departed from Egypt early this month.

It was the second sinking of a refugee boat in a month’s time. The earlier boat, carrying 250 people, sank off the coast of Libya. More than 200 people are feared to have drowned in that incident. Migration experts have put the number of people killed in boat sinkings while trying to reach Europe at more than 3,000 so far this year.

Under its Prevention of Infiltration Law, Israel detains asylum seekers without charge and holds them in a camp called Holot in the Negev desert for an unspecified period of time. During detention, the asylum seekers do not have access to non-emergency health care, work permits or other social services, but they are offered airfare and other stipends if they decide to leave.

The asylum seekers find themselves with the choice of “living in fear of spending the rest of their days locked up in desert detention centers,” said Gerry Simpson, senior researcher at Human Rights Watch and author of the 83-page report, or risking life-threatening abuse back home.

Eritrea’s indefinite military service is a reason to ask for asylum that is accepted by other countries. In Eritrea, compulsory national service for adult men and women—which should be limited to 18 months—is prolonged indefinitely and keeps most young Eritreans “in perpetual bondage,” according to Human Rights Watch.

“We have become too used to seeing these people who are escaping from war, persecution, poverty and hunger as mere statistics,” Jose Angel Oropeza, of the International Organization for Migration’s Coordinating Office in Rome, said in a published statement. “We urgently need to find ways to stop these people from dying at sea when all they are trying to do is to achieve a better life.”