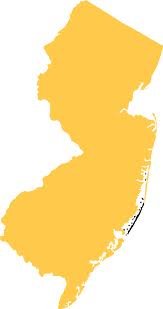 It was a day of family fun in East Orange, N.J., as the Striving Together Equals Progress program marked the end of summer with their annual Veggie Barbecue and Poetry Slam. Entertainment included poetry, spoken word and speeches by young STEP members, who paid tribute to civil rights leaders, Black freedom fighters and political organizations like the Black Panther Party.

“We give thanks today to be able to give back to our young people,” A. K. Kenyatta, a member of the STEP brotherhood, told the AmNews. “We would also like to give thanks to our ancestors. It was their sacrifices that gave us the opportunity to be here today.”

STEP, a not-for-profit program, is a Rites of Passage and Manhood Development Organization that exposes African-American young men to the history, literature, traditions and folklore of the African Diaspora.

Kenyatta said one of the main reasons for the barbecue was to introduce the community to the brotherhood. “We also celebrate Black August and teach the children about eating healthy,” said Kenyatta. “A lot of times, our children eat things that are not conducive to their health, so we want to make sure that they eat and, at the same time, nourish their minds.”

Black August originated in the 1970s to honor fallen freedom fighters and traditionally is a time when African-Americans celebrate their history in North America.

The children were also treated to a scene from “Harriet Tubman Herself,” performed by actress Christine Dixon, from her one-hour show about the legendary leader of the Underground Railroad.

The Democratic National Committee recently launched an ad blitz that hammered New Jersey Gov. Chris Christie on the one-year anniversary of the Bridgegate scandal to remind New Jersey and New York commuters about the epic traffic jam in 2013.

Still, Christie has managed to put the controversy on the back burner after initially stumbling and making light of the situation in December. In May, Christie predicted the traffic scandal would only be a “footnote” on his record.

The emails come around the same time that new documents describe how officers warned superiors about hazardous conditions and were told not to talk about it on their radios, according to a summary provided by their lawyer to a legislative panel investigating the scandal.

GOP operatives say the scandal happened early enough to give Christie time to recover, but said it would most definitely become a key primary issue if Christie runs, regardless of what investigations uncover. “It’s just too early to tell yet whether this is fatal to his campaign,” said Hogan Gidley, who worked for Rick Santorum and former Arkansas Gov. Mike Huckabee.

Recent polls put Christie’s approval numbers back to where they were in the summer of 2012, before Superstorm Sandy and the scandal.