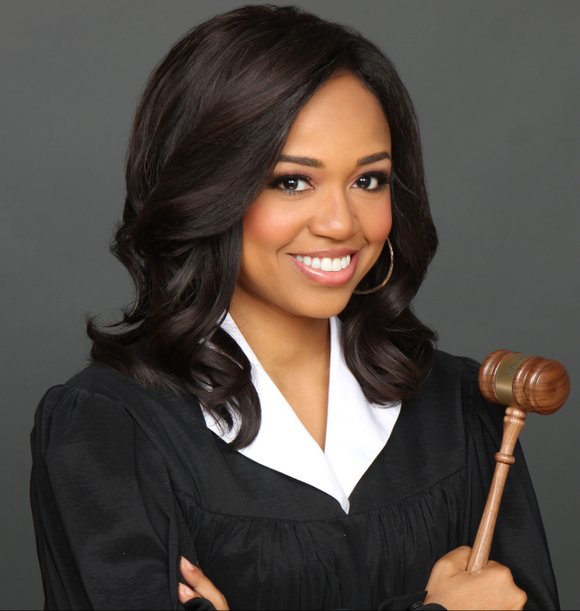 She may be the youngest TV judge ever but former New York prosecutor Faith Jenkins isn't playing any games as she holds court on “Judge Faith,” premiering Monday, Sept., 22.

At age 37, Jenkins is best known for her extensive legal analysis on FOX News, MSNBC and CNN, expert legal commentator She is bringing her tough, no-nonsense style of justice into her own courtroom on her new show.

Jenkins has also appeared on the “PoliticsNation with Al Sharpton” on MSNBC and has worked with the National Action Network.

From a Louisiana beauty queen, to a Wall Street attorney, to a tough New York City prosecutor, Jenkins has traveled nearly every walk of life, fighting adversity every step of the way.

Working hard to ensure she graduated first in her law class and even harder to put away some of the most dangerous criminals in the country, and now, she is giving viewers across America an inside look at real cases with her new reality courtroom drama.

Born and raised in Louisiana, Jenkins graduated with a bachelor’s degree in political science from Louisiana Tech University and a J.D. from Southern University’s law school in Baton Rouge, LA, where she ranked #1 in her law class.

Her first job out of law school was in New York City as a litigator at Sidley Austin, one of the most prestigious law firms in the country, where she helped represent numerous high-profile clients in a diverse array of complex commercial litigation matters.

After five years as a Wall Street litigator, Jenkins joined the Manhattan District Attorney’s office as a criminal prosecutor. As a prosecutor, she worked on hundreds of criminal cases, including indicting and prosecuting a multitude of violent crimes.

Jenkins became known among her colleagues, judges, jurors and court staff as a tough but fair trial attorney. After the Manhattan DA's Office, she transitioned back into private practice with a New York litigation firm specializing in resolving business disputes, white-collar defense and government investigations as well as other civil and criminal matters.

A former pageant queen, Jenkins placed 1st runner up at Miss America 2001 and remains active in the Miss America Organization and judges state preliminaries every year.

Currently in its first season, “Judge Faith” is produced and distributed by Trifecta Entertainment & Media and is taped in Glendale, Calif. The show airs on WWOR-TV Ch. 9 weekdays at 1pm and 1:30pm in New York.