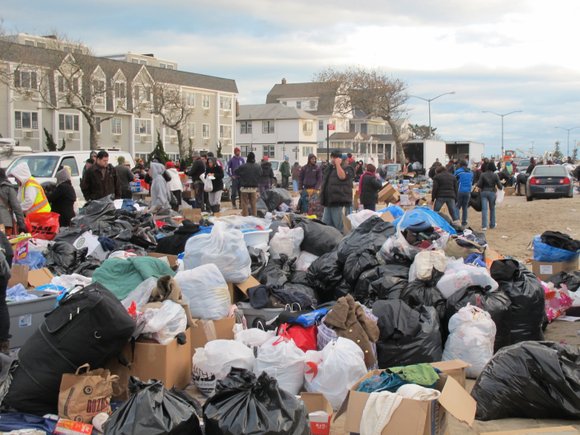 Brooklyn Borough President Eric L. Adams hosted a forum on Sept. 17 to discuss the importance of emergency preparedness during a natural or man-made disaster.

According to a press release, the forum took place in the courtroom of Brooklyn Borough Hall and was co-hosted by Office of Emergency Management Commissioner Joseph Esposito. They were joined by representatives from the NYPD, FDNY, the Federal Emergency Management Administration, the American Red Cross, Con Edison and National Grid.

“Emergency preparedness is more than natural disasters, it’s also about man-made disasters,” said Adams in the press release. “With the attack on the World Trade Center on September 11, there’s a wealth of information that can be utilized from that experience.

“Disasters have such an awesome strain on city agencies, so it is of the utmost importance that we prepare ourselves as individual citizens for when disaster strikes. Emergency preparedness is a coordinated effort of public and private organizations to meet the needs of our citizens.”

The group discussed procedures for Brooklynites to follow during a natural disaster, such as Superstorm Sandy, or in man-made catastrophes, such as the attacks of Sept. 11, 2001.

“Our motto at OEM is that it’s better to say, ‘I know what to do,’ rather than, ‘What do I do?’ and that’s what this forum is all about,” said OEM Commissioner Joseph Esposito. “The mission of OEM is to make sure that we’re ready, and that’s what I’ve set out to do. We want to establish a plan for when disaster strikes and make sure that everyday people in the neighborhood knows what the plan is by sharing them with the public at the borough level. When we do our job at OEM, we’ll have prepared you for any type of disaster, whether man-made or natural, which is what the job is about.”

Audience members of the forum were given emergency preparedness bags with useful supplies and a list of helpful tips to follow during an emergency.

“Preparing for an emergency or disaster is a team effort, and it takes effort from everyone from FEMA to National Grid,” said Council Member David Greenfield. “Working together, we are more prepared than ever. When there’s an emergency, things are tough, so we need to work together in weeks or months in advance so that when disaster strikes, we are ready to answer the call to action.”

The OEM website features an “Are You Ready New York” campaign, which encourages New Yorkers to be ready for all types of emergencies. Visit nyc.gov/readynewyork to learn how to better prepare you and your family.