A wealth of Black history in Buffalo 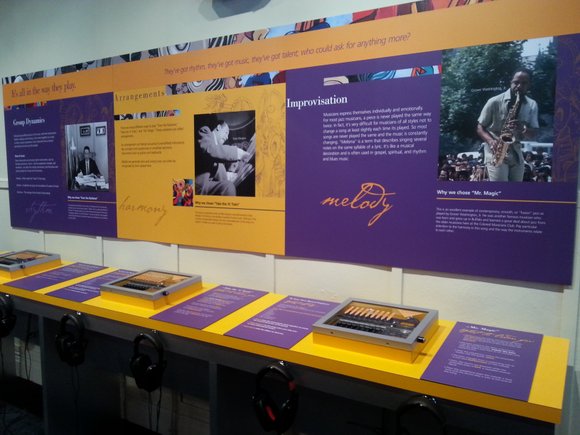 In part one of this series, we started our exploration of Buffalo, located in the far west region of New York along the shore of Lake Erie and the bank of the Niagara River. African-American history runs deep, and it has positively influenced all aspects of the cultural, socioeconomic, musical and political landscape here and beyond for decades. It started back in the 1800s, when upstate New York played a pivotal role in the plight of thousands of slaves who passed through the region along the Underground Railroad.

In the Buffalo area, the slaves utilized a variety of escape alternatives to freedom across the border into Canada. This included traversing by boat, via the Suspension Bridge and the Niagara River at Black Rock, and on foot elsewhere with aid from many white and Black “conductors,” including Harriet Tubman.

At “Freedom Crossing: The Underground Railroad in Greater Niagara” at the Castellani Art Museum of Niagara University, visitors can learn more about this momentous journey through historic documents, artifacts, contemporary artwork, historic photographs, real life stories and other features. The museum also offers maps and brochures of Underground Railroad sites throughout the region.

In early 1900s, the charge to change the culture surrounding the acceptance and treatment of Black people in this country took on a new face under “The Niagara Movement.” Initiated by W.E.B. Du Bois, it began as a group of leading African-American activists, publishers, intellectuals, writers and others—known as Niagarites—who met in both Buffalo and across the border in Erie Beach, Ontario, in Canada to adopt a constitution and by-laws that ultimately became a cornerstone of an early civil rights era. The movement is credited with providing a framework for many of the Black entities that formed in Buffalo and the surrounding region, and within five or so years became the basis of the newly formed NAACP.

Integral locations and organizations associated with the Niagara Movement include the Michigan Avenue Baptist Church. Built in 1845, it was an important place for abolitionists, slaves escaping to freedom, anti-lynching activists and dignitaries of the day, such as Booker T. Washington, Frederick Douglass and Du Bois, and still stands today as one of the oldest properties in Buffalo continuously operated by African-Americans.

The historic Nash House is an important tourist attraction, the former home of the Rev. J. Edward Nash Sr., pastor of the Michigan Avenue Baptist Church from 1892 to 1953. Nash was also one of the early personalities involved in the Niagara Movement and founding of the NAACP, and one of the most widely known and respected African-Americans by both Blacks and the city’s white leadership back in the day.

Across the street, you will find the Colored Musician’s Club of Buffalo, N.Y., which came into being because of the segregationists practices of the day. It was here that members of the all-Black musicians Buffalo Local 533, formed in 1917, established their own identity as a result of being excluded from the sole, all-white Buffalo musicians union.

Despite Prohibition and the Great Depression, the club was able to serve as a transportation hub for the Black community with music, top national acts, venues and entertainers, including Louis Armstrong, John Coltrane, Dizzie Gillespie, Lena Horne, Duke Ellington, Art Blakey, Miles Davis, Gene and Albert Ammons and many other jazz legends, while simultaneously providing a social gathering place for this historic Black community.

Today, those interested in a soulful traveling experience in Buffalo have numerous options.

By traversing along the Michigan Street African American Heritage Corridor, both residents and visitors alike can gain a sense of the significance and history of Buffalo’s African-American community, as presented via sites and themes encompassing the Harlem Renaissance, Civil Rights Movement and abolitionist periods, in addition to exploring and experiencing many unique structures, restaurants, shops, historical markers and neighborhoods.

Within and beyond this corridor, noteworthy sites and attractions of African-American interest include the Ujima Theatre, presenting traditional and contemporary African-American theater productions, as well as those from other peoples, countries and cultures of color, and the Paul Robeson Theatre, which showcases the talents of African-American playwrights, actors, directors, producers and others from Buffalo and the surrounding western New York region. The theater is also an integral part of the African American Cultural Center, standing since 1958 as a cultural icon and activity center for the African-American community.

The Langston Hughes Performing Arts Institute was designed to preserve and present a wealth of performing and other artistic endeavors of importance and interest to the African-American and Diaspora communities, while the Jefferson Street Heritage Gallery serves as a visual depository for Black Buffalo, featuring photography, collectibles, antiques and other items.

Tributes to the Underground Railroad experience can be found at two area attractions. The first, situated at the foot of Ferry Street along the Niagara River, is Broderick Park, home to a poignant plaque that pays tribute to the many slaves who crossed here into Canada.

Murphy Orchards played an important role. Here, a secret room under the barn was used to hide and shelter escaped slaves between 1850 and 1861. Today, visitors to this 65-acre, family-owned and -operated fruit farm can see the barn and take a short walk (by reservation) along the creek that was crossed by these slaves and take part in its current enterprise as a working orchard with a country store and tea room.

There’s much more about Buffalo to come in our next adventure!

Lysa Allman Baldwin is a freelance writer and the publisher and editor of “Amazing Escapades: Adventures for the Mind, Bod and Belly” (www.amazingescapades.com).

The Paul Robeson Theatre at the African American Cultural Center