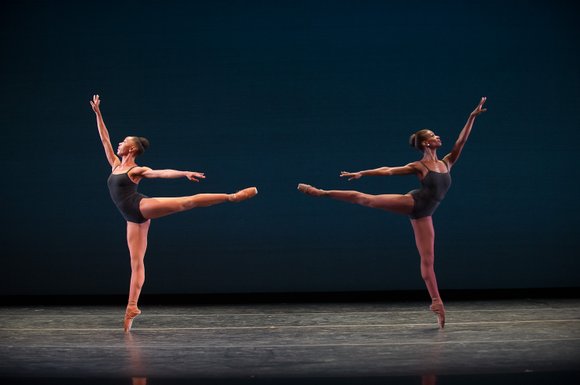 Virginia Johnson takes a deep breath before sitting down for an interview in a room just off the spacious, sun-drenched studio backstage at New York’s City Center. Dance Theatre of Harlem’s former prima ballerina and current artistic director has just hosted a preview of the company’s upcoming 2015 City Center season. Featuring DTH’s 18 beautiful, talented, young dancers in snippets of the ballets they’ll perform April 8 through April 11, the preview showcased the repertoire’s stylistic range, the dancers’ laser sharp technique and capacity for dramatic nuance, as well as the je ne sais quoi that makes DTH special.

In one sense, the upcoming season is a milestone for the company, founded back in 1969 by Arthur Mitchell, the first Black principal in a major American ballet company, and his teacher and mentor, the late Karel Shook, as a much-needed vehicle for ballet dancers of color. After a slightly rocky past, this season signals that DTH truly is back.

While Virginia probably won’t be able to exhale until after opening night, even now she should be very proud of the dancers. In addition to performing tantalizing segments of works from this season’s program, they gave brief introductions to Nacho Duarto’s “Coming Together,” Darrell Grand Moultrie’s “Vessels,” George Balanchine’s classic “Tschaikovsky Pas De Deux,” Christopher Huggins’ “In the Mirror of Her Mind” and DTH Resident Choreographer Robert Garland’s “Return.”

Virginia says this City Center season is a big deal in more ways than one: “This is where I spent a good deal of my life years ago. Even before we performed here, we used to have rehearsals in these very studios in the late ’60s, early ’70s. So I was thinking about that, thinking about how this is the baton being passed forward. I’m so happy to have the chance to do it.”

In response to a mention of the dancers’ deft handling of ballets as diverse as the neoclassical “Tschaikosky Pas De Deux,” the edgier “In the Mirror” and the saucy “Return,” Virginia says, “We have always had an eclectic repertoire. I really think that Arthur Mitchell’s idea was to show people all that ballet could be.”

Diversity and richness are the watchwords for everything about this upcoming DTH season. Just look at the company’s remarkably diverse dancers. What other ballet company can boast such a rainbow of talent? The elegant, long-limbed beauty Ashley Murphy embodies dreamy lyricism in “In the Mirror.” “Vessels” spotlights the speed and grace of an ensemble that includes sprightly Emiko Flanagan and Jenelle Figgins, as well as Brazillian ballerinas Nayara Lopes, Ingrid Silva and Allison Stroming and male powerhouses Da ‘Von Doane, Samuel Wilson, Anthony Savoy, Brazilian Dylan Santos and Australian Francis Lawrence.

And, of course, there is the stylistic diversity that features the jubilant “Return” with it’s “Soul Train”-type dance line on the same program as the Balanchine masterpieces “Agon” or “Tschaikovsky Pas De Deux.”

But diversity isn’t just the subtext of DTH’s upcoming City Center season, it’s the theme that runs through the company’s history. With any luck, DTH’s continued success will open more and more eyes, hearts and minds the way Mitchell and Shook hoped it would when they founded this company more than four decades ago, and as Johnson seems determined to do today. In the meantime, DTH is on point and on course, and if the preview performance in a cavernous rehearsal studio at City Center is any indication, its upcoming City Center season will showcase its diversity while also being a pure delight.