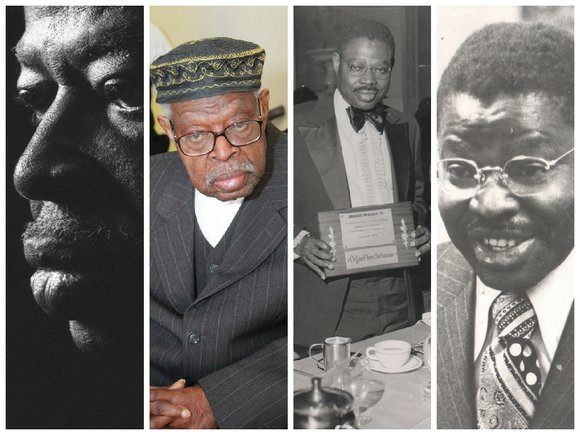 May 19, 2010, Dr. Yosef ben-Jochannan, aka “Dr. Ben,” cried at the gravesite of Malcolm X and Dr. Betty Shabazz. He told those gathered for the annual Malcolm X pilgrimage to the Westchester County cemetery that it was the first time he had been back since he had helped lay the world-renowned activist to rest in 1965. Now, Friday, April 10, 2015, he too will be interred in the prestigious Ferncliff Cemetery.

“Dr. Ben was very close to Malcolm. He was the one giving Malcolm spiritual guidance,” revealed professor James Small. “He shoveled dirt on Malcolm’s grave. He was there. His loss hit him very hard.”

A foremost authority on African civilizations, particularly Egypt, Jochannan was a grand teacher, master historian and the prolific author of books such as “Africa: Mother of Western Civilization,” “Black Man of the Nile and His Family,” “African Origins of Major Western Religions” and “A Chronology of the Bible: Challenge to the Standard Version.”

“In the life of all peoples and their civilization, the ancestors and the divine always send a light from among them to guide us back to our perfect beginning. Whm Mswt­—Repetition of Births—the repetition of the first occasion,” Small told the AmNews. “That is what Dr. Ben did for us. He took us back as far as any has anyone has been able to do thus far, so that we are able to look at the behavior of our ancestors to develop models for constructing our characters, and for that we should be eternally thankful and grateful to him.”

Jochannan made his transition March 19. He was 97 years old. The news of his passing got drums sounding worldwide.

Small concluded, “Yes, indeed, Dr. Ben was our living Neter. That is an aspect of the essence of God having a human experience.”

The home-going details are as follows:

The repast will be served at the National Black Theater, 2031 Fifth Ave.

Small announced that the funeral will be live-streamed on YouTube via AfricaOnlineTV Friday, April 10 from 9 a.m.