A Great Day (for food) in Harlem 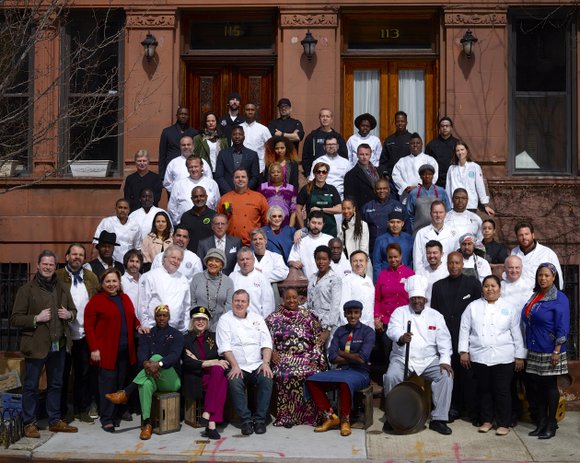 With just over one month to go until the first ever Harlem EatUp! Festival (@HarlemEatUp), founding sponsor Citi and organizers staged a commemorative photo shoot featuring Harlem chefs and restaurateurs, along with more than 20 of the festival’s celebrity chefs. Styled to pay homage to the iconic 1958 photo “A Great Day in Harlem,” which featured the world’s top jazz musicians, participants gathered on brownstone stoops in Harlem on a sunny, cloudless, crisp day.

To learn more about these participants, festival events and to purchase tickets, visit www.harlemeatup.com.