HOPES TEMPERED WITH REALISM RISE FOR A BOKO HARAM DEFEAT 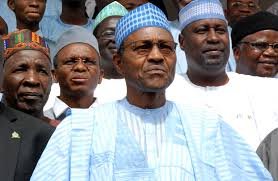 April 6 (GIN)—The Boko Haram insurgency is facing a new combatant in their war on the Nigerian people. He is a seasoned former general and now president—Muhammadu Buhari.

But if they’re worried that the new leader can swiftly turn around the dysfunctional Nigerian military that often failed to engage the insurgents in battle, they’re not showing it.

Sunday, militants in the guise of Islamic preachers called residents of Kwajafa, a remote village, together for “religious instruction.” Instead, they opened fire, killing 24 and wounding others, a military source said.

In neighboring Cameroon, Boko Haram fighters have been seizing food and livestock from farmers and cattle ranchers along the long and porous border with Nigeria.

But Midjiyawa Bakari, governor of the region, said he saw difficulties afflicting the rebels, who have been unable to organize a major attack for more than two months. It’s an indication the combined forces of Cameroon, Chad and Nigeria have had some success, he said.

“Today, everyone can see that the end of the terrorist group is near,” Bakari predicted.

Foreseeing a new and better relationship with its neighbor was Col. Toumba Mohamed of Chad. Together with Niger, Chad had liberated a northern Nigerian town just as elections were taking place.

“Boko Haram no longer has a stronghold.” General Seyni Garba, the head of Niger’s army, said during a visit to the village, Malam Fatori, Friday. “But they are still a threat that must be cleaned up.”

President-elect Buhari has given assurances to Nigerians that he would wipe away the “terror” the Islamists have spread around the country.

“I assure you that Boko Haram will soon know the strength of our collective will,” Buhari said last week.

Leaders of central and west African nations will meet April 8 for talks to examine the region’s campaign to defeat Boko Haram.

The talks in Malabo, capital of Equatorial Guinea, will be the first such meeting since Buhari’s victory at the polls. The goal of the get-together is the creation of a more concrete plan to eradicate the jihadist group, including the coordination of military strategy.

Nigeria’s famed writer, Wole Soyinka, commented on the new president in an interview with Bloomberg TV Africa: “I criticized him for certain acts during his stint as a military dictator. But I also insist that it’s about time we try our best to be mini-Mandelas, to learn there’s a moment when we must put the past aside.”