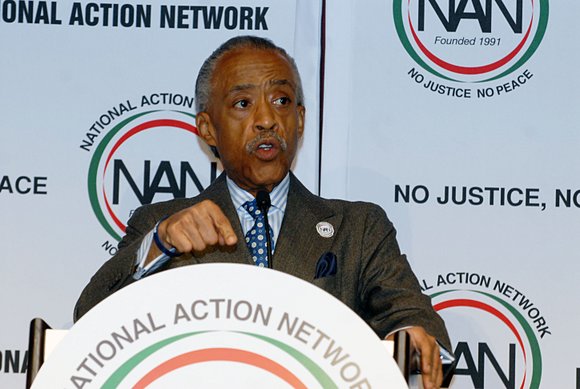 Sharpton opened with a few words on the “senseless” acts in South Carolina. Applauding North Charleston's swift actions regarding the case but also calling for national legislation on police. This call for action includes the need for increased placement of body and car cameras stating, “We simply can't rely on citizens with video cameras to make sure justice is served.”

US Senator of Vermont Bernie Sander, opened up the politics panel that also featured important political figures like Michael Steele, Mayor Michael A. Nutter, Robert Gibbs and more. A conversation with victims of police brutality followed with a powerful discussion on their experiences. Parents of Sean Bell, Michael Brown and Tamir Rice as well as the wife of Eric Garner spoke about their lives since the loss of their loved ones to police brutality.

Thursday morning kicked off with a Black Male's Panel entitled- My Brother's Keeper which was followed by a For Sisters Only panel- entitled Securing our Futures. Both groups discussed the future of young people and the current obstacles in the way of their success. Dr. Marcus Bright, Executive Director of Education for a Better America and Mara Schiavocampo, Correspondent for ABC News and Author of Thinspired moderated their respective panels.

The conference will continue into the weekend with a Keepers of the Dream Dinner Program later tonight by invitation only and several forums/ panels well into Saturday evening. Programing for this weekend includes a Media Panel, Ministers Luncheon, Education Panel, Economic Development Panel, NAN Annual Fashion Show and more. This convention will mark the organization's 24th year of service.