The Nets making a final desperate run to playoff land 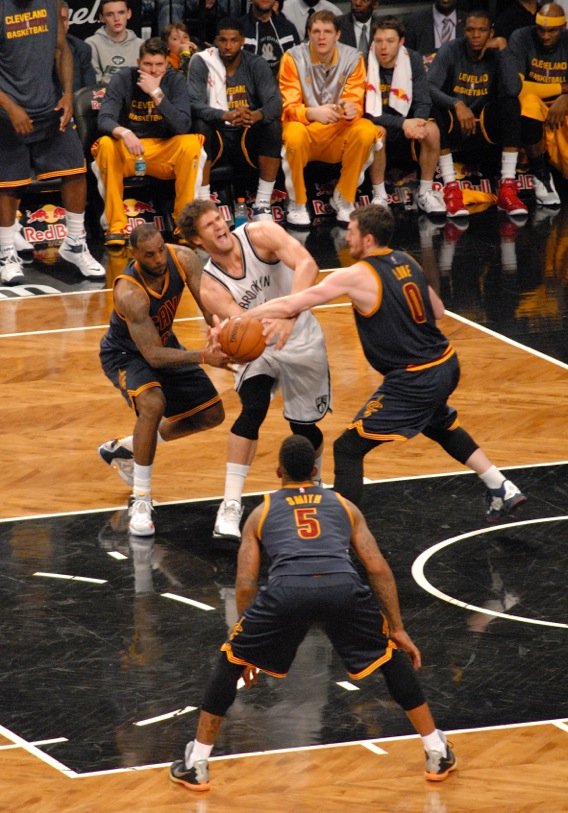 The attention to the Brooklyn Nets’ “better late than never” resurgence has been like the mediocrity of their NBA season. It’s like the proverbial tree falling in the woods that no one has seen or heard. Did it actually really fall?

A sixth-seeded Eastern Conference team last season, Brooklyn has been struggling at times in 10th and 11th place, and is now back to the seventh seed. Assisted by Miami Heat, Indiana Pacer and Charlotte Hornet losses, Brooklyn has benefitted greatly by capitalizing on other’s misfortunes. “We’re trying to close the door on those other teams, and the only way you can do that is by winning,” said Nets head coach Lionel Hollins.

Big ups to Brooklyn, but don’t over extend yourselves giving high fives yet. After Monday’s win against the Portland Trailblazers, the final frontier is their game tomorrow (Friday) against the Wizards, Sunday in Milwaukee against the Bucks and back in Brooklyn Monday to play the Chicago Bulls. It will determine the extent of Brooklyn’s regular season, the playoffs, and whether they’ll advance to “Go,” pass and collect $200.

From tomorrow until Wednesday, Brooklyn will play four games in six days, ending the season with the Orlando Magic, a non-playoff team that would love to brag about how they ruined another team’s hope of a postseason.

Nets center Brook Lopez, Eastern Conference Player of the Week two times in a row—the first player this season to do so—continues to exhibit the court skills of an all-star. He’s doing his part to extend Brooklyn’s season by posting 30-point games. The recently acquired Thaddeus Young has also contributed strongly and consistently, with intermittent all-star performances by Joe Johnson and Deron Williams. They all know this is it.