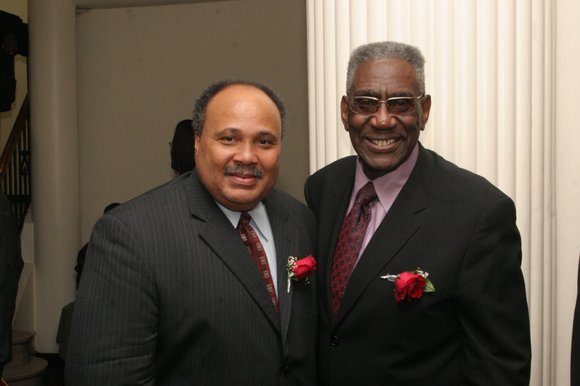 The First Baptist Church of Crown Heights, originally organized in 1953 as the First Baptist Church of Williamsburg by a small group of Christian workers, included a young man eager to preach but not yet ordained. One of the first acts of this founding church was to duly ordain the Rev. Clarence Norman as pastor. Today, as a result of his 62 years of faithful and dedicated service, Norman ministers to a congregation of more than 2,000.

Norman is a multifaceted and caring individual with extensive training and commitment in areas that affect the community. In addition to serving as pastor of the First Baptist Church of Crown Heights, Norman also serves as protestant chaplain for the New York Division of Parole. In the past, he has served as chaplain for the Center for Nursing and Rehabilitation; chairman of the advisory board for the Center for Law and Social Justice of Medgar Evers College; chairman of the Orange Housing Authority, Orange, N.J.; three terms as a Democratic County Committeeman in Orange, N.J.; and chairman of the First Baptist Church of Crown Heights Housing and Development Corporation.

Norman believes strongly in individuals using education as a tool to reach their goals in life. It is no surprise that he himself has focused a great deal on his own education. He received his Bachelor of Arts in 1959 from Bloomfield College, Bloomfield, N.J., and his Master of Divinity in 1964 and Doctor of Religion in 1971 from Howard University, Washington, D.C. His doctoral thesis was titled “A Constructive Study of the Concept of Liberation in Contemporary Black Religion.” Norman also attended St. John’s University in Jamaica, N.Y., for graduate study in public school administration and was awarded state certification as principal of secondary school in 1969.

In addition to his professional achievements and education, Norman has received numerous special awards and honors. Among them, the 1969-1970 Parish Ministry Fellowship by the Fund for Theological Education, Princeton, N.J.; recipient of the first ever Ecumenical Award from the National Conference of Christians and Jews, May 9, 1984; and a certificate as accredited RESIDENT MANAGer by the Institute for Real Estate Management, 1985. In June 2002, Ebony magazine honored Norman as a “great Black father” at an awards luncheon for distinguished fathers and sons who have followed in their paths.

Norman was born April 30, 1930, in Goldsboro, N.C. He is married to the lovely Ellen Norman and has five children.