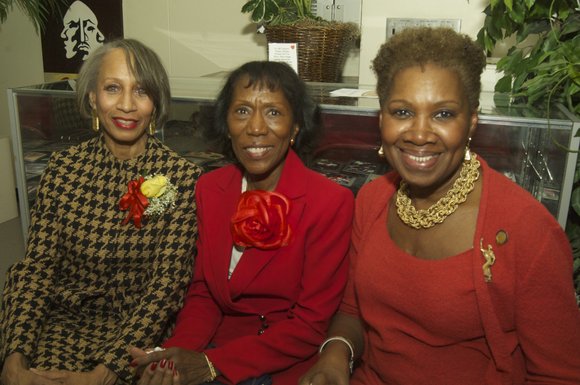 At the State Office Building in Harlem, the National Association of Negro Business and Professional Women’s Clubs held their Women’s History Month Celebration.

Yvonne Harris-Jones, president of the New York Club, said, “I’m so proud and honored to award and celebrate these five phenomenal women today, who are making a difference in the live of women, children and the elderly and who have survived domestic violence. Congratulations and thank you so much.”