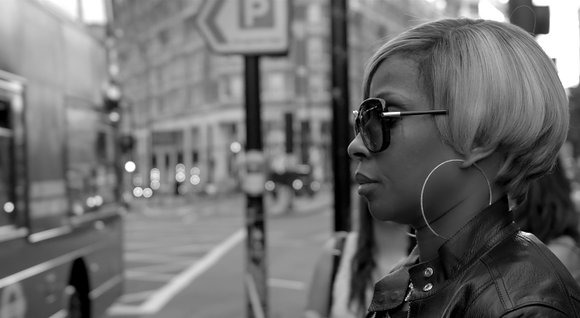 The Tribeca Film Festival is back for its 15th year. The selection of this year’s films is one of the best in recent years. Mary J. Blige’s documentary, “Mary J. Blige: The London Sessions” will screen at the Beacon Theater April 16. (Blige will also perform a number of her hits as well as songs from the new album after the screening.) The film itself is a short documentary depicting the creative process as she collaborates with Disclosure and Sam Smith on her new album. The music on the album is something of a departure for Blige, with its quasi-house music feel, but it does not in any way eclipse her signature emotion, depth and soul flavor.

Spike Lee, a Tribeca Film Festival veteran, comes in with another documentary. Lee’s “The Greatest Catch Ever” is about the epic play between Eli Manning and David Tyree during Super Bowl XLII that broke the New England Patriots’ winning streak on a grand scale. Lee will hold a live discussion with Tyree, Plaxico Burress and Chris Snee after the April 19 screening as part of the “Tribeca Talks” series.

A new feature of the festival is the hosting of the majority of the multimedia and technology-related programming for this year’s festival at Spring Studios, one of New York City’s newest, hippest event spaces. Says a representative of Tribeca Film Festival’s digital programming team, “It’s always our goal in the program to reflect what is going on in film today and what kinds of movies people are making and what they are consuming, and we definitely see, as everyone does, that the trend is that you watch more on your phone or on television from home or virtual reality headsets, and that’s a world that’s really driving what we are interested in, so we wanted to represent it and amplify it to celebrate those creators along with the traditional four-wall theater filmmakers.”

Located at 50 Varick St., the space is used for a variety of events by different entities throughout the year. The major events at Spring Studios will be the screening of tech-related documentaries such as “CODE: Debugging the Gender Gap” and the TFI Interactive forum April 18, 10 a.m. to 7 p.m. The aim of the forum is to urge participants to challenge current filmmaking standards and to embrace the potentialities of digital technology with regard to storytelling.

Storyscapes will also be held at Spring Studios. Storyscapes are installations that are in competition for the Bombay Sapphire Storyscapes Award, which recognizes groundbreaking approaches in storytelling and technology. During the festival, it will also function as a hub for the public, press and filmmakers to interact. Spring Studios is open to all ticket holders to visit and interact with some of the installations or avail themselves of treats at the coffee shop or gift shop.

The Tribeca Drive-in Outdoor Screening series will take place April 16-18 at Brookfield Place and 230 Vesey St. Seating starts at 6 p.m. and movies begin at 8:15 p.m. This year’s drive-in films will be “Clue,” “Lady and the Tramp” and “A Faster Horse.” The screening of “A Faster Horse,” a film that pays homage to the Ford Mustang during what is its 50-year anniversary, will include an All-American food and beverage celebration, interactive car-themed simulations and a number of contests for attendees.