Stuck in the middle of a deadly dilemma 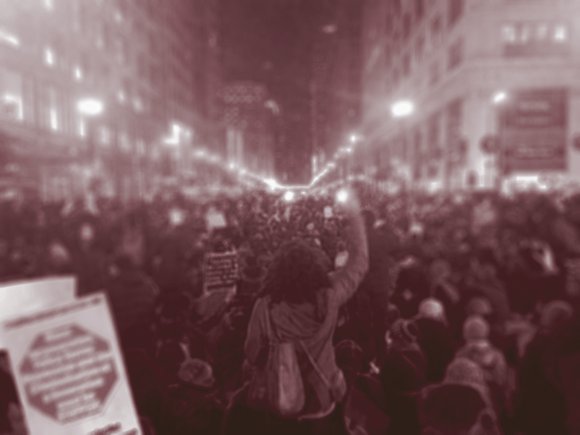 Over the past several months, a lot of attention has been focused on killer cops. Every other day, we seem to witness a case of police brutality that ends in murder. Although it is not a new phenomenon, it is one that is reaching epidemic proportions—a deeply troubling epidemic. But as we shout “Black Lives Matter!” in protest, we have lost sight of the other battle against violence in our communities.

Although there is no comparison, and some may say that if you restart the battle to stop Black-on-Black crime, then we lose focus on the police and their tactics that are killing us. So where does that leave us?

Unfortunately, it leaves us in the middle—in two wars that must be fought simultaneously and swiftly. In effect, this is not an either/or dilemma, but a problem that requires a both/and solution. To be sure, fighting wars on two fronts is hard enough, but it gets even harder when we need one of the so-called enemies as an ally.

Police-community relations have had their ups and downs. Whereas a segment of the population has never trusted the police, a great many did and wanted to cooperate with them to strengthen their neighborhoods. But as time has gone by, a shift has occurred—a shift in trust that is now so apparent that the police cannot do their jobs effectively because there is no cooperation, not even from the victims.

This situation is madness, and it shows how deep the rifts have become. Any trust that once existed is now completely eroded. Youngsters on the street used to know the beat cop, and the beat cop knew them. The police were a positive fixture in the community and they were a part of the community, not apart from the community. They walked the streets and knew everyone’s name. They knew the good kids from the bad and helped the little old ladies cross the street with their shopping. They were there when times were good and when times were bad. But most importantly, they were there in the street, not inside a patrol car cruising the neighborhood and never meeting a neighbor.

The problem of Black-on-Black crime still exists at disturbing levels, and to combat it, we need the police. But at the same time, we are distrustful of the police, so we don’t cooperate with them. We are left in a dire situation, a quandary exacerbated by the wanton violence of the police. We have killing on both sides, and we are stuck in the middle.

We must find an answer quickly to at least one of these wars, because to fight them both at the same time will just mean more of us will die. We are caught on the horns of a continually fatal dilemma.