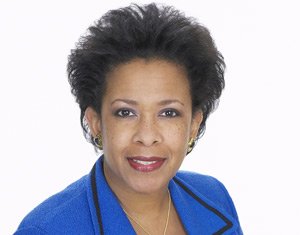 The 5-month saga of Loretta Lynch’s confirmation process as Attorney General has been frustrating, but finally, today the Senate confirmed Ms. Lynch as the first African-American woman ever to hold the office of Attorney General.

One of New York’s own, Loretta is an exceptionally qualified Attorney General. I should know – I twice championed her appointment as U.S. Attorney from the Eastern District of New York, where she proved her mettle time and time again. She solved the toughest cases involving terrorism, public corruption, and organized crime. Because of her judicious, balanced and careful approach to prosecuting, on complex and emotional community-police relations matters, Ms. Lynch always emerged with praise from both community leaders and the police.

America needs this kind of leadership in our top law enforcement position.

Yet, despite sterling credentials, track record, and ace performances in her Judiciary Committee nomination hearings (where she answered a record number of questions), Loretta Lynch waited longer for confirmation than the previous seven Attorneys General nominees combined.

Hard-right Senators repeatedly insisted on holding her nomination hostage – first to vent their frustration at the President’s immigration policy and then to demand an unprecedented expansion of restrictions on women’s health care in a bill to help trafficking victims – as a way to score political points for their party.

Neither party, when in control of the Senate, should use sidebar issues to hold up as qualified, moderate, and significant an Executive or Cabinet nominee as Loretta Lynch, whether you agree with the President or not. This tactic erodes the trust the American people have placed in government to choose the right leaders, while putting the timely confirmation of future nominees in peril. Even John Tower was granted an up-or-down vote for his Cabinet nomination.

Of course, the Senate should thoroughly examine nominees on their individual merits and record. But, in a case like Loretta Lynch's, where these questions have been emphatically answered, blocking a nominee as part of a political proxy war does no one any good. We cannot let the Lynch narrative become the new norm.

We live in an age of terrorism and our national security needs are constantly evolving with complex legal issues afoot. We need qualified candidates in their posts, whether they are at the helm of the Dept. of Justice or part of our Circuit or District Courts, where judicial vacancies across the nation are beginning to pile up.

I believe Loretta Lynch has proved beyond a reasonable doubt that she will make an outstanding Attorney General and that’s why I voted for this great New Yorker with enthusiasm. But her lengthy confirmation process should not be repeated for other qualified nominees at the Cabinet level or we risk serious injury to the ability of our government and our judicial system to function effectively.