Feeling good? Whether it’s the weather 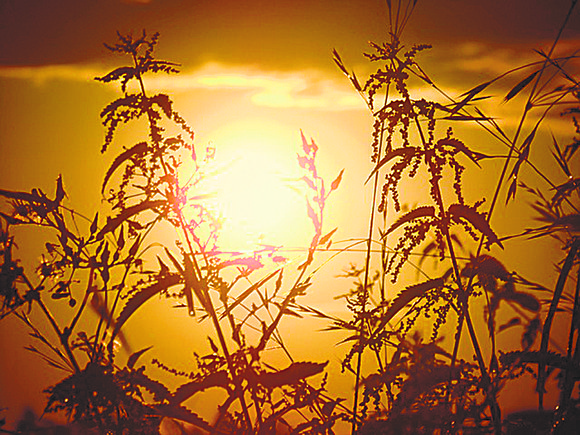 St. Francis of Assisi (think of the new pope) wrote a wonderful poem called “The Hymn of the Sun.” A verse relating to the sun states, “Be thou praised, O Lord, for all Thy creation, more especially for our brother the sun, who bringeth forth the day and givest light thereby, for he is glorious and splendid in his radiance, and to Thee, most high, he bears similitude.”

The sun has played a major role in people’s attitude and disposition. This magnificent shining star called the sun has been used in many songs that seem to bring on happiness. For example, I’m sure you have heard the song “You Are My Sunshine.” It states definitively that it makes us happy when skies are gray. It ends by saying, “Please don’t take my sunshine away.”

Right in the center of our brains is a small gland known as the pineal body. It produces a hormone called melatonin, which is a precursor to serotonin, which has a great effect on our dispositions. Melatonin, when produced in large quantities, causes us to be lethargic, tired, listless and depressed. It seems that when the body is exposed to sunshine, the production of melatonin is greatly decreased. That is why all of us should seek some sunshine daily. In fact, patients who are homebound or even bedridden in hospitals should be exposed to sunlight. The sun that comes through the windows, however, has no affect on the pineal gland.

Persons who cannot avail themselves of the sun should be exposed to a new light fixture known as the sun box. This wonderful new invention produces the same rays as the sun and thus affects the production of melatonin.

Not only does the sun help in preventing depression but also walking along the beach smelling the salty air changes our outlook. Walking in the rain sometimes can make us feel good on a cloudy day. The cold snow blowing in our faces can rejuvenate us and make us feel that we are survivors. After a lightning storm, when the air is filled with charged particles, we tend to breathe better and feel good.

The full moon has often been thought to affect our disposition. I’m sure when a person is acting “out of sorts,” you have heard the expression, “It must be a full moon.”

We cannot controls the weather, but the weather in many cases control our outlooks on life. We are, however, able to take advantage of natural resources that can have an impact on our emotions. So let’s start walking, or running, on the sunny side of the street!