Robert Mugabe: Africa must set up own ICC to try Europeans 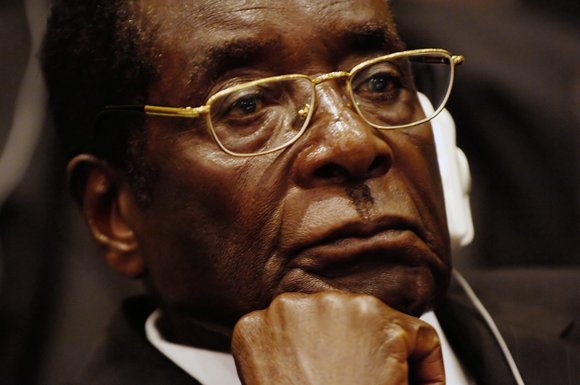 Zimbabwean President Robert Mugabe is advocating for his fellow African heads of state to take a stern self-determining stance against European imperialists, who have been exploiting the motherland for its labor from her indigenous inhabitants and for her natural resources for several centuries. He intends to bring to justice those Western leaders who have committed atrocious activities in Africa.

“They committed crimes, colonial crimes galore—the slaughter of our people and all that imprisonment,” Mugabe said while visiting National Heroes Acre in Harare. “I have a case. Why was I imprisoned for 11 years? We forgave them, but perhaps we’ve not done ourselves justice … You set up the ICC, we set our ICC to try Europeans, to try Mr. [George] Bush and Mr. [Tony] Blair.”

Mugabe is quoted in the state-owned Chronicle newspaper as suggesting that his beloved Africa set up a criminal court that will prosecute those leaders who are responsible for “serious war crimes and crimes against humanity committed by the West, particularity during the colonial era.”

Also serving as chair of the African Union, Mugabe contends that the International Criminal Court is a court for Western countries, which assists them in exploiting Africans.

He made this assertion while addressing journalists at Harare International Airport when he was seeing off President Ibrahim Boubacar Keita of Mali after his three-day state visit to Zimbabwe.

Keita agreed, adding it was “up to Africans, not Europeans or Americans, to judge their leaders.”

Mugabe’s remarks were made after Sudanese President Omar al-Bashir recently evaded an ICC arrest order when he departed early from an African Union summit that was held in Johannesburg.

Mugabe advocated for a mass withdrawal of African states from the ICC at the summit. He harshly criticized the ICC, saying the court was not welcomed in his homeland.

“This is not the headquarters of the ICC,” Mugabe stated. “We do not want it in this region at all.”

Additionally, the 92-years-young African leader spoke out against the “foreign” funded non-governmental organizations that he said were pursuing al-Bashir’s arrest.