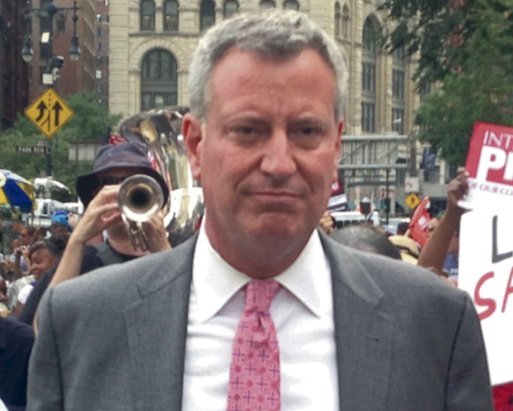 After a lot of friction and back and forth, City Hall and the Uniformed Firefighters Association have finally reached a deal.

“Our firefighters keep this city safe every single day. Today’s agreement means that these brave men and women will receive the fair wages and disability protections they need and deserve, while ensuring New York City’s taxpayers are protected,” said de Blasio in a statement. “We’re proud that 83 percent of our workforce is now under contract agreement, including 11 uniformed unions, reflecting the productive and respectful dynamic we’ve reestablished between the city and our employees.”

According to the city, the proposed contract provides firefighters with an 11 percent raise over seven years. For the majority of UFA employees, the contract would begin retroactively Aug. 1, 2010, and expire July 31, 2017. The UFA represents 8,000 firefighters and other Fire Department of New York personnel around the city.

“Today the UFA settled our expired contract, resolved a longstanding engine company staffing fight and reached an agreement that will restore real disability benefits for all firefighters hired after July 1, 2009,” said UFA President Steve Cassidy in a statement. “The UFA has always believed that every firefighter should never worry about who will take care of their family if they are seriously injured in the performance of duty. This agreement settles three important issues for our membership at once.”

As part of the agreement, the UFA funded additional benefits, including providing firefighters the option of a lump sum payment for terminal leave. According to the city, these were funded through a reduction in the city’s welfare fund contribution by $200 per employee and retiree, and an agreement that training for the Certified First Responder program and eight hours of other training will occur on straight-time as opposed to overtime.

The agreement avoids a potentially ugly situation between the UFA and the city. Last month, the UFA announced a lawsuit against New York City Council Speaker Melissa Mark-Viverito. They accused her and her office of obstructing debate and open government and fostering a lack of transparency in the Council. They wanted a public hearing on the low disability benefits for new hires.

In the lawsuit, UFA officials said that despite New York City Council Member Elizabeth Crowley sponsoring a resolution last year and resubmitting a new one earlier this year for legislation, the Council leadership had refused to hold a hearing within the required 30 days after submission. According to the lawsuit, Viverito’s chief of staff informed Crowley that she’s not the principal council member on the home rule request because another council member (who the speaker didn’t identify) submitted the exact same bill before her.

UFA officials told reporters that the speaker’s office has refused to identify the council member to them.

Members of the FDNY and the NYPD wanted state legislators to pass a law granting disability protections regardless of the date they were hired. Back in June of 2009, then New York Gov. David Paterson vetoed the New York City Firefighter and Police Tier II pension and disability protections, affecting future FDNY and NYPD hires. A court order froze FDNY hiring between June 2009 and December 2012, but since January 2013, 1,400 new firefighters have joined the ranks. Under the current policy, if any firefighters hired by the FDNY since January 2013 are seriously injured on the job, the approximate value of their disability protection amounts to $27 a day—a number based on a probationary (rookie) firefighter’s salary.

But with this agreement, the city and the UFA are jointly supporting new disability pension legislation that will allegedly ensure that uniformed workers receive the fair coverage they need and deserve in the event of disability, while protecting city taxpayers. According to the city, the total cost of the new legislation will be approximately $125 million through fiscal year 2019, as the legislation will require an additional 3 percent employee contribution.

“This is a great deal for everyone involved,” said FDNY Commissioner Dan Nigro in a statement. “Our members receive improved benefits for what is a very difficult and dangerous job—one that they perform better than anyone each and every day. The department can now continue to effectively operate and manage our resources. Adding these additional firefighters to the busiest fire companies means we can put even more resources where they are needed most. This deal also helps improve the schedule of training for our members, specifically CFR-D training, which is training that deals with medical response.”