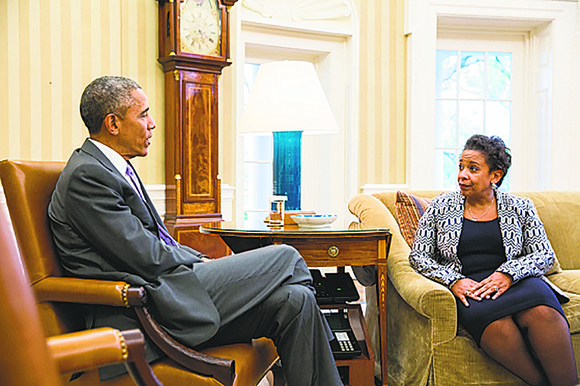 For centuries, Black women in America have been raped, beaten, jailed and killed, with minimal or no federal response. The very recent escalation of the murderous history has caused Black women nationwide to demand a response from you.

I need not recount the past number or the horrific experiences, the degradation of “domestic workers,” used by white men in any way they saw fit, or the “angry Black Sapphire,” who would be put in her place, including those Black women whose station in American had risen above the masses of Black women subjected to the vicious brutality of the systemic racism of America.

Surely your office, nay your leadership, must first acknowledge, investigate and immediately bring to bear the weight of the U.S. attorney general’s office to put a stop to these outrages.

Bring justice for the July 2015 deaths in police custody of Sandra Bland, 28, in Waller, Texas, found hanging in a jail cell after a minor traffic violation; Kindra Chapman, 18, found hanging in a cell in Homewood, Ala., after allegedly stealing someone’s cell phone; Raynetta Turner, 44, arrested for theft in Mt. Vernon, N.Y., found dead in her cell after being returned to police custody from a hospital medical examination; Joyce Curnell, 50, found dead in her cell in Charleston, S.C., after an arrest for shoplifting; Ralkina Jones, 37, found dead in her cell of “unknown” medical issues in Cleveland after an arrest for domestic violence, and for the public police strip-search rape of Charnesia Corley, 21, in Harris County, Texas.

Police terrorism against Black women is escalating nationwide. We regard you, because of your position as attorney general but indeed because you are a Black woman, as someone who can attest to these realities.