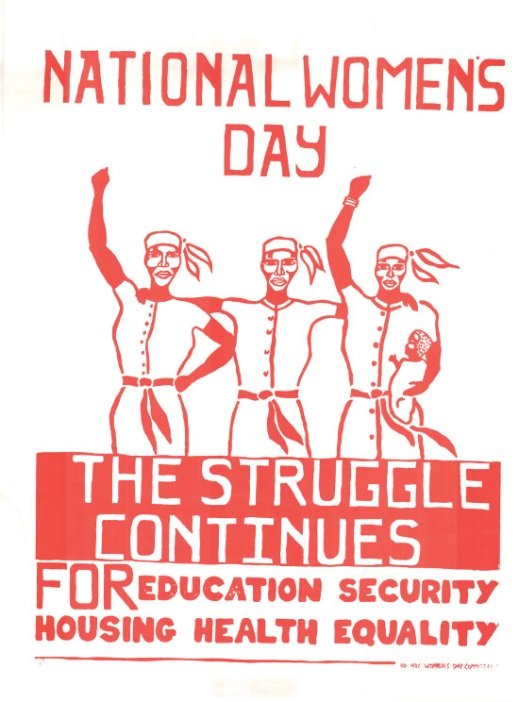 Recognition of the indispensable role played by women in defeating Apartheid in South Africa was the focus of countless speeches, film showings and even fashion shows as the country paused this week for National Women’s Day, a public holiday.

Women’s Affairs Minister Susan Shabangu kicked off the activities with a speech on Pan African Women’s Day, celebrated on the last day of July.

“This year marks 59 years since the 1956 women’s march to the Union Buildings, where women protested against the pass laws, which, among other things, restricted their freedom of movement,” she began. “The march by 20,000 women challenged an oppressive system that deepened inequalities in terms of race and gender, and contributed to the current triple challenges of inequality, unemployment and poverty.”

The minister urged citizens to “take a journey” beginning from the era of Manthatise (the female warrior), Princess Mnkabayi, Princess Mantsopa, Queen Modjadji, Charlotte Maxeke and her ilk through to the generation of 1956 and beyond. “This journey depicts the leadership role that these foremothers provided on the various stages of the evolution of our society and links it to the 21st anniversary of the democratic South Africa and the impact of the policies of the country in changing the quality of life of South African women.”

Women have made major strides and are no longer “at the bottom, almost slaves,” observed the former ANC leader Dr. Ruth Mompati, who passed earlier this year in May. “Now women are in Parliament, at all educational levels, holding positions in business.”

Still, more needed to be done, she said at the time. “We should ask what our country should be doing, particularly a country that has been liberated by both men and women.”

“Earlier this week, the 2015 Women’s Report confirmed what we already knew,” she said. “Women in South Africa are still, on average, paid 15 percent less than men in the same positions. And that’s a conservative estimate.” During Women’s Month, she said, the issue of gender inequality is seen as a special cause and worse, it gives men a free pass. “Much like Youth Month, where only Black youths are expected to do something about fixing society, the work of ending female oppression in South Africa is largely seen as the work of women themselves.”

Even the Department of Women’s theme for 2015, “Women United in Moving South Africa Forward,” suggests this is a job just for the women. “It’s catchy and has the right sentiment, but for another year we will focus on what women must do, which women are already doing.”

Zuma, in his speech, acknowledged the legacy of white privilege, which still discriminates against Black women today.

“If we are to succeed economically as a country, women must participate at both the micro and macro levels of the economy. They must not be relegated to micro operations and the informal economy as has been the case.”