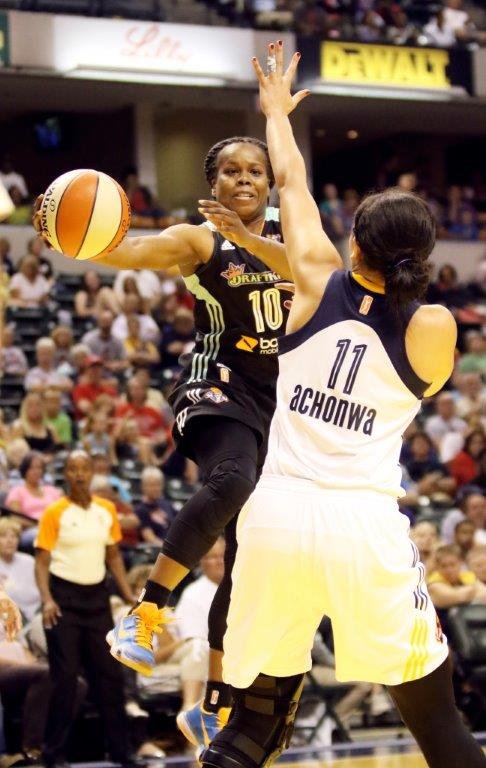 The Liberty returned to Madison Square Garden last Friday night intent on claiming victory. It was a do-or-die game for the Atlanta Dream, who are facing the prospect of not making the playoffs this year. The Dream came out strong and raced to the lead over the Liberty, but then native New Yorkers Tina Charles and Epiphanny Prince took control and led Liberty to a prevailing, crowd-pleasing 78-67 win.

“Anything can happen,” said Tina Charles, who scored 25 points to go along with her seven rebounds. “Our mindset going into every game is approach it like a playoff-style game, knowing it’s going to be physical.”

Laimbeer said a critical part of seizing the momentum was bringing in guard Brittany Boyd, who has proved to be an energy player. He considers center Kiah Stokes, who had nine rebounds, two blocks and eight points, the team’s glue player. Although some players aren’t playing as many minutes as they would like, winning soothes all.

“We’ve got each other’s backs,” Boyd said. “Whatever this team needs, that’s what I’m going to do—get on the floor, get rebounds, help. My job is to bring energy and don’t let the tempo drop once I’m there. That’s my role and I’m taking on that role.”

Things didn’t go as well when the Liberty traveled to Indianapolis to take on the Indiana Fever Sunday night. The two teams are battling for first place in the Eastern Conference and the home court playoff advantage that comes with it. After a tough loss to the Fever July 29, Liberty guard Candice Wiggins said she had Sunday’s game circled on her calendar like a “vengeance game.”

Unfortunately, it was the Fever who exacted the vengeance, winning a nail-biter by one point, 80-79. The Liberty trailed by as many as 12 points in the first half but took the lead in the fourth quarter until Shenise Johnson made a shot with a minute and a half remaining.

“We fought hard, we came back,” said Charles. “It was neck and neck.”

The Liberty need three more wins to clinch a playoff spot.They return to action at Madison Square Garden against the Minnesota Lynx Friday.