Blind people can be racist, too, study says 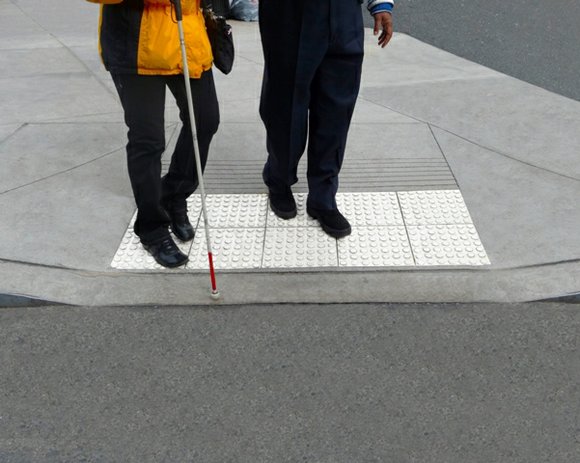 (CNN) -- A person may not have to "see color" to be racist. Some blind people, just like sighted people, make judgments about others based on their race, according to a new study.

The findings come from interviews conducted in person and over the phone with 25 people who were either born blind or severely visually impaired, or who lost their sight as children or adults. A researcher asked the participants, most of whom lived in the northeast United States, about whether they thought about race and also how it affected their feelings about a person.

The study found that blind people can still have racial stereotypes, but "in all cases it takes them longer to categorize people by race and there is more ambiguity," said Asia M. Friedman, an assistant professor of sociology and criminal justice at University of Delaware, who conducted the study.

The study was presented Tuesday at the American Sociological Association annual meeting, but has not been published in a peer-reviewed scientific journal.

Friedman found that five of the nine respondents who were blind since birth or early childhood reported that they did not think at all about a person's appearance. And according to some respondents, the inability to know a person's race kept them from making snap judgments about them, which is a "good thing," Friedman said. One person she interviewed explained that being blind makes it harder to "judge someone visually right off the top of your head."

However, the study participants said even as they don't think about physical attributes, they put people into racial categories based on nonvisual cues, such as voices and names. Those mental calculations sometimes led them to make predictions about a person's lifestyle, behavior and socioeconomic class. As one respondent put it, being blind does not mean that they were "absolved from being a racist."

"I think blind people are inculturated into ideas about class and race," just like anybody else, Friedman said, and the ideas can come from a whole range of places, including news, family, teachers and peer groups.

Research on how blind people understand racism could lead to better insights into how blind people make judgments about other aspects of life that usually involve visual cues, such as eating a meal or shopping for clothes. Respondents in Friedman's study described being very aware of sounds and voices when they meet people, and sounds could influence how blind people choose a restaurant or clothing store, Friedman said, along with sensory inputs such as textures and smells.

This research can also inform us about the depth of racism in the United States, another expert said.

"Blind people understand race the same way as sighted people," said Osagie K. Obasogie, a professor of law at University of California Hastings College of Law who has researched how blind people think about race, but was not involved in Friedman's study.

Just like sighted people, blind people can conflate the concept of human variation -- differences in skin color and facial features -- with the qualities of a person, Obasogie said.