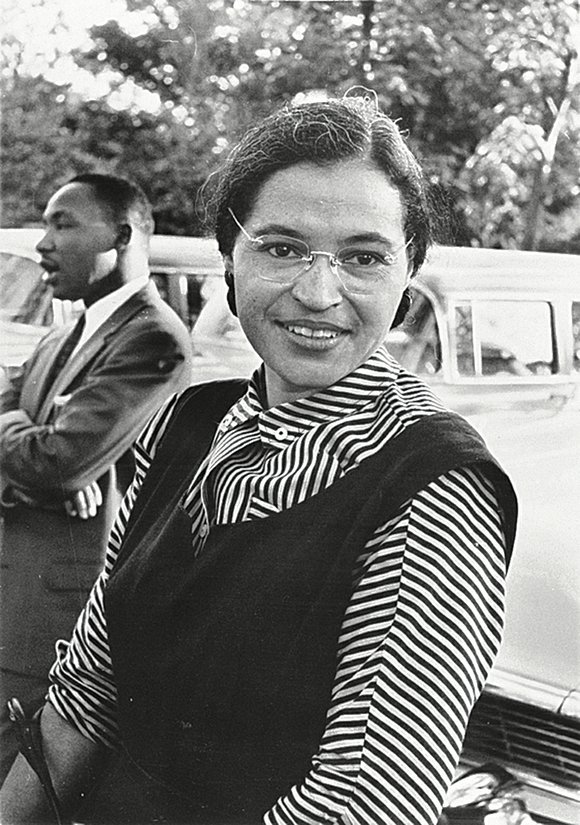 One indisputable date on the American historic calendar is Dec. 1, 1955. That’s the day when Rosa Parks stood up to Jim Crow in Montgomery by keeping her seat and refusing to move to the back of the bus. Many insist that her courageous act ignited the modern Civil Rights Movement.

Parks, who died in 2005 at age 92, was always reluctant to accept the title “Mother of the Civil Rights Movement,” but her countless number of surrogate children, the thousands who marched in demonstrations around the world and the selfless martyrs, would not let her forget how important she was in stimulating activity that eventually brought Jim Crow to its knees.

Because of her monumental significance in the annals of American history, numerous myths have accumulated around Parks’ iconic status. No, she was by no means physically tired that day, only tired of being relegated to a second-class citizen, tired of living in a segregated society, tired of the restrictions imposed on the aspirations of Black people. She is often depicted as a mild-mannered, churchgoing, God-fearing seamstress with very little political motivation for her memorable action. That, too, is not exactly accurate, and it’s good that we have a moment during the crisis propagated by the Ferguson, Mo., tragedy to reflect on her life of great consequence.

A fuller picture of Parks’ legacy has been thoughtfully detailed in Jeanne Theoharis’s biography “The Rebellious Life of Mrs. Rosa Parks.” From the title alone, you get a sense that behind the laid-back demeanor, the tender expression, the glasses and the Sunday school teacher image was a woman with a political background and a commitment to bring about change. Theoharis does a remarkable job of digging into Parks’ past, particularly her education in civil disobedience during her days at the Highlander School in Monteagle, Tenn., under the guidance of Myles Horton and Septima Clark. There was also her fruitful tenure working under the leadership of E.D. Nixon, who was the president of the Montgomery, Ala., branch of the NAACP and a former sleeping car porter.

We learn that Parks was introduced to activism by her future husband, Raymond Parks, who took her to a rally for the nine Scottsboro Boys, who were wrongly accused and convicted of raping two white women on an Alabama train in the 1930s. From that rally and indoctrination, she became a secretary under Nixon, with the responsibility of compiling information on racial incidents perpetrated by Klan members and other terrorists in the state of Alabama. All that material was later lost in a fire.

What wasn’t lost was Parks’ determination to soldier on, and her act that December has to be seen as an accumulation of racial animosity, the kind of slights that reached a boil when she was confronted that day by bus driver James Blake, a second encounter with him, and again his request that she relinquish her seat.

Upon her arrest, that instance of resistance quickly gathered a critical mass, and it was just what Nixon had been waiting for, since on two other similar occasions, the women did not possess the social and political background to make them a symbol of the planned boycott. Not too long after the success of the 381 days of protest, Parks left Montgomery and took up residence in Detroit, where her brother lived. Soon, given her reputation, she found refuge and a job working with Rep. John Conyers, where she remained until her retirement.

All was not rosy for Parks, and perhaps the most disturbing incident occurred when she was attacked by a burglar in her home. It was a terrible irony that a woman who symbolized Black America’s struggle against oppression would be the victim of a young Black man with no regard or respect for her and what she had done. But Parks, in her usual reticence and her tendency to forgive, dismissed the act and placed it in the context of how society was responsible for creating such an individual.

Well, society also created a Rosa Parks, and despite that assault and the countless other insults and prejudices she endured, she stands today as emblematic of our ongoing fight for equality, freedom and justice.