Attorney: No charges against Chicago officer who shot Ronald Johnson 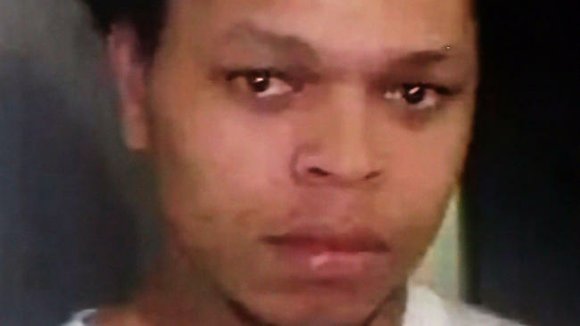 (CNN) -- No criminal charges will be filed against the Chicago police officer who shot and killed Ronald Johnson in October 2014, Cook County State's Attorney Anita Alvarez said Monday. Johnson was armed with a loaded gun at the time of the shooting, she said.

Dashboard camera video of the deadly shooting was played at an afternoon news conference that showed Johnson running away from police officers and into a public park. Out of view of the camera, Johnson, 25, was shot, according to Assistant U.S. Attorney Lynn McCarthy, who gave a lengthy PowerPoint presentation breaking down what happened on the night of October 12, 2014.

Johnson's mother, Dorothy Holmes, who earlier said she had seen the video, has said that it proved her son was murdered. She and her attorney had pushed authorities to make the footage public.

Earlier Monday, U.S. Attorney General Loretta Lynch announced that the Justice Department would be conducting a sweeping investigation of the Chicago Police Department's use-of-force practices and whether there are racial and ethnic disparities in how officers use force.

The push to make the Johnson shooting video public had been months in the making.

Holmes filed a federal lawsuit against Chicago police shortly after her son's death, and the defendants filed a motion to block the video's release. Holmes' attorney Michael D. Oppenheimer then filed a Freedom of Information Act request, arguing that the footage was public record. That was denied. He has seen the video, too.

He said last week on CNN that the video shows that Johnson was not carrying a weapon, "nor did he ever turn and point anything."

"The police department planted that gun because there's no way anything would have stayed in Ronald Johnson's hand after he was shot," the attorney said.

Chicago police have not responded to CNN's request for comment.

Johnson's case in the light of Laquan McDonald's

Johnson's case is receiving renewed attention after a dashboard camera video was made public around Thanksgiving that showed a Chicago police officer shooting 17-year-old Laquan McDonald.

McDonald is seen in the video walking in the middle of a road toward patrol cars. The teen, who is holding what police said was a 4-inch knife, veers away from the cars, his back to them, and is shot 16 times. The officer, Jason Van Dyke, remained on the police force for more than a year, and the city went to court to prevent the video's release. A freelance journalist sued for it, arguing that the footage was public record. A judge sided with the journalist and ordered that the video be made public.

Van Dyke is white, and McDonald was black.

Van Dyke was arrested and charged with first-degree murder.

Many people who took to the streets questioned why it took 13 months to release the video. Protesters chanted, "16 shots and a coverup!"

The video was held from the public for more than a year because releasing it risked prejudicing a federal and state's attorney investigation, Emanuel explained amid the backlash. The mayor announced that he fired McCarthy and was setting up an independent panel that would review police training.

Last week, Illinois Attorney General Lisa Madigan said she sent a letter to the U.S. attorney general asking the Department of Justice's Civil Rights Division to investigate the Chicago Police Department to see whether its practices violate the Constitution and federal law.

The Justice Department, which has initiated several such investigations, including in Baltimore and elsewhere, is reviewing the letter.

For more than a year, Black Lives Matter activists and others have tried to call attention to the role of race in policing. They point to cases in New York; Ferguson, Missouri; and Baltimore, where they say police have used excessive and deadly force against black men.