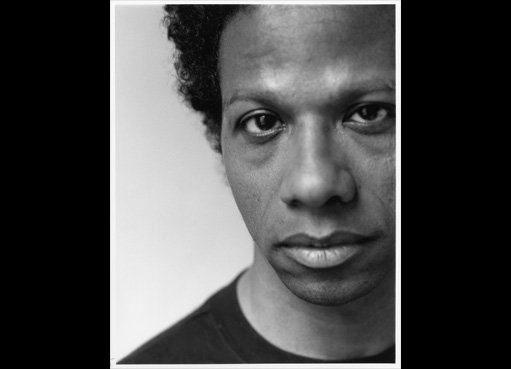 The creator, choreographer and director Ralph Lemon said that his recent work at the Kitchen, titled “Scaffold Room,” should not be considered a dance work. Well, he meant it. His other titles—writer, visual artist, conceptual artist and curator—may help to explain his reasoning. In “Scaffold Room,” there was no dance as such until the last 15 minutes, when in the lobby, behind the audience, the doors open and Omagbitse Omagbemi, Malcolm Low and Paul Hamilton (“the chorus”)went all out, spitting sequence after sequence of hard-house dancing to DJ and turntablist Kevin Beasley’s funky sounds. There is more that happens before this, about an hour or so more, in the main performance space—this Lemon describes as “a lecture-performance-musical investigating archetypal black female personae in American culture.”

Since disbanding his Ralph Lemon Company in 1995, after a decade, Lemon has been presenting project by project work with different bodies, some are “dancers” and some not. Beginning with his epic, decade-long project “The Geography Trilogy” (completed in 2004), his works have morphed into a more narrative format and are less “dancey.” Lemon wrote “Persephone” (1996), “Geography: art/race/exile” (2000), “Tree: belief/culture/balance” (2004) and “Come Home Charley Patton” (2013), and there was also “Three” (1999), the film he made with fellow dancer-choreographer Bebe Miller.

“An energetic exchange” done with frequent partner Okwui Okpokwasili is what he calls the 2008 duet “Untitled” in the MoMA Performance Exhibition Series, and a “dance with no form” is how Lemon describes “4Walls” (2012), an excerpt from the longer work, “How Can You Stay in the House All Day and Not Go Anywhere?” (2008-2010). Okpokwasili and April Matthis, for whom most of “Scaffold Room” was built, and who performed in the main performance area, weren’t part of the hard-hitting-house dancing in the lobby, but the audience, on the other hand, was choreographed.

At the top, the audience is let in en masse, and though calmly, they scramble for a place to sit; there are no chairs. Taking center stage is a large structure—a scaffold with a bed on the second story and a wing or door that serves as a movie screen that opens and closes on one side. This is where Okpokwasili and Matthis shared the evening with solos under Lemon’s “lecture-performance-musical” model, telling stories, reading from a list of source texts and singing a mix of songs from Janis Joplin to Beyonce, and yes, they move a bit here and there.

The ever-changing Lemon, in one voiceover. offers, “I discovered something, that’s why this is partially a musical-performance-lecture.”