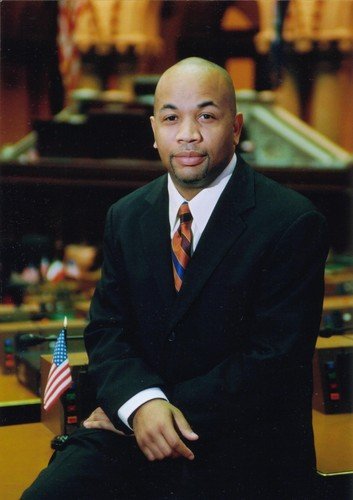 Feb. 4, New York Assemblyman Carl Heastie of the Bronx became the first African-American Assembly speaker in the state’s history. While calling for a desire to create a “government as good as its people,” Heastie has a long road ahead to earn the trust of voters who have seen Albany mired in corruption for years.

Heastie told those in attendance in Albany that he hoped to created an office of ethics compliance to clean up the under-the-table dealings that have defined New York government in the recent past. Heastie, after all, is taking over for Sheldon Silver, who’s been charged with taking close to $4 million in kickbacks, and the new speaker was close to the disgraced Silver, who still maintains his Assembly position while dealing with his legal issues.

“In accepting this responsibility on behalf of his colleagues, Speaker Heastie has stepped forward at an incredibly important time for New York as a whole, and I look forward to working with him to enact an aggressive agenda that ensures economic opportunity for all, improves and reforms our education system, ensures justice in perception and in reality and restores trust in our government,” said Cuomo.

Bronx Borough President Ruben Diaz Jr. also showed love to Heastie, stating that the people of the Bronx are already fans of the speaker because of previous work.

“Speaker Heastie’s credentials speak for themselves,” said Diaz in a statement. “He has done a great job representing his Bronx and New York City constituents since first being elected in 2000, and will continue to do so in his new role as speaker. Assembly Speaker Carl Heastie has always made the people of the Bronx proud, and I know he will continue to do so as our speaker. I look forward to continuing my work with Speaker Heastie in his new role, as we enact an agenda that makes our borough, our city and our state an even better place.”

Also ready to praise the speaker (and then push their agendas) were educational and police reformists and activists. Priscilla Gonzalez, the organizing director of Communities United for Police Reform, said she couldn’t wait to see what Heastie would do with policing issues.

“We look forward to working with Speaker Heastie to advance new policies and reforms that will help bring an end to discriminatory and abusive policing,” said Gonzalez in a statement. “As the first African-American speaker, Assemblyman Heastie will be in a strong position to address continued concerns about racial profiling, selective enforcement of minor offenses, lack of transparency of policing practices, and systemic lack of accountability for police misconduct and violence in our communities. We must work to ensure safety, dignity and respect for all New Yorkers.”

Zakiyah Ansari, advocacy director for the Alliance for Quality Education, said, “It’s an historic moment that New York state now has an African-American as our Assembly speaker. We have worked well with Carl Heastie as a member of the Assembly and have counted on his support many times. We look forward to working with Speaker Heastie on the vital issues affecting 2.7 million public school students across New York state.

“There are pressing issues that face the state right now, and those students will need the speaker and the entire Assembly to stand strong for educational equity and against Governor Cuomo’s all-out attack on public schools.”

“We will change the cynicism to trust,” said Heastie Tuesday. His tenure as speaker might become a demonstration in the power of belief.

“I don’t like the process. It seems like the same old clubhouse politics for selecting the speaker,” Assemblyman Charles Barron told the Amsterdam News. “I am looking for the members to have more power. Carl has said that he is supportive of reform and on the major issues around housing and education, and other progressive issues. I am concerned about some of his relationships, so I am going to offer my critical support and stay vigilant so that issues in the Black community are a priority.”