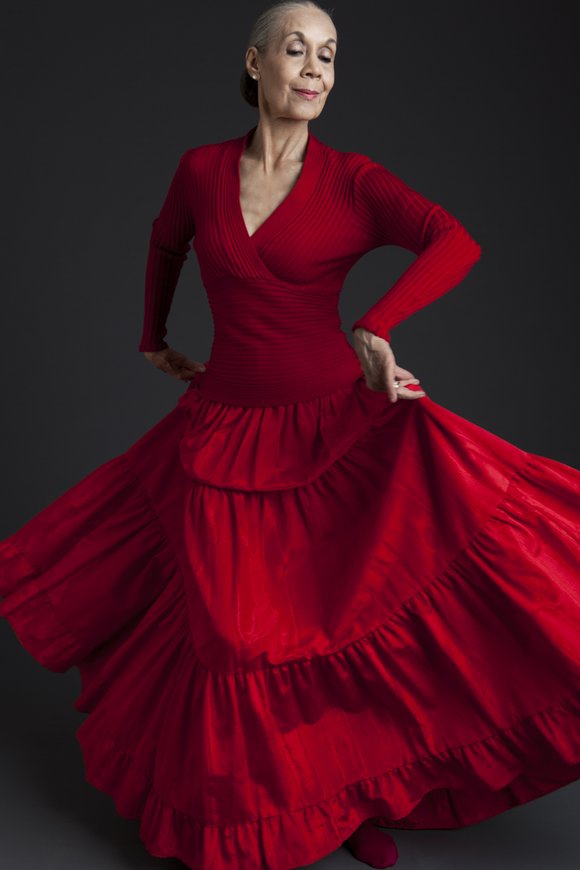 New Yorkers will truly understand how lucky they are when the long-awaited original solo work about and performed by Carmen de Lavallade, “As I Remember It,” opens at the Baryshnikov Arts Center Feb. 19. This intimate, autobiographical work combines movement with story and spans de Lavallade’s legendary six-decade career.

A Los Angeles native, de Lavallade began her performing career with the Lester Horton Dance Theater, where she introduced her high school friend Alvin Ailey to dance. Both studied with Horton until his death, when Ailey was chosen to run the company.

By invitation, during a company trip to Jacob’s Pillow, Ailey and de Lavallade auditioned and were cast in the Broadway-bound musical “House of Flowers” (1954). Soon after, they formed the de Lavallade-Ailey American Dance Company, now the Alvin Ailey American Dance Theater. De Lavallade went on to appear in “Carmen Jones” and “Odds Against Tomorrow,” among other films, and has performed with the AAADT, Metropolitan Opera and American Ballet Theatre. She holds the longest Jacob’s Pillow Dance Festival performing career (1953-2004).

After her momentous return to Jacob’s Pillow for the world premiere of “As I Remember It,” Deborah Jowitt wrote, “[De Lavallade] is a master of the subtly telling gesture and timing, as well as gutsy when that’s called for.” After the second stop, the Pittsburg-Post Gazette exclaimed, “De Lavallade’s charismatic presence, not only elegant but filled with determination, hadn’t diminished.”

The next stop would be the Kennedy Center when, tragically, her husband of 59 years, Geoffrey Holder, passed. The show opened just weeks after because de Lavallade insisted. She said, “[Geoffrey] was my biggest fan … I really want[ed] to do it for him, and for my friends and the other people who I’ve missed who are in it — because they made my life.” Of that performance, the Washington Post wrote, “The regal de Lavallade, 83, held her own.”

“As I Remember It” premiered after a two-part residency at BAC with her team, Joe Grifasi (director), Talvin Wilks (dramaturge/co-writer), Maya Ciarrochi (video designer) and Mimi Lien (set designer). De Lavallade shared some thoughts on the making of the work in June 2014 for “BAC Stories,” online essays about BAC’s resident artists hosted on bacnyc.org, and here for AmNews.

AmNews: Did you set specific goals for your BAC residency?

De Lavallade: Yes, but it was bit by bit, starting from absolute scratch working with Talvin and Joe. It’s mainly my words, but with Talvin’s help, we put it together. Otherwise, we didn’t know how to go about it exactly. Anna [Glass, producer] is the one that approached BAC. Anna’s the angel. She’s the person that really put this all together.

How long has “As I Remember It” been on your mind?

Anna and I touched on it a couple of years before. But everything was kind of crazy because Geoffrey was having problems, I was in “A Streetcar Named Desire,” and I’d just moved—it was really kind of messy. I was supposed to do a very informal version, but there was just no way, then this evolved. I’d gone to speak to Misha [Mikhail Baryshnikov], and he was very gracious, he took the chance, then it all started!

Can you talk more about Grifasi and Wilks?

Joe was one of my students at Yale. He’s part of my Yale family—I have a dance family and a theater family. I met Talvin when we were doing “10 Minute Plays.” He’s a dramaturge. He works with words but he’s also a director. He knows everything about me, he’s like a book, and he has chronicled my whole life. When Joe and Talvin got together, Joe was worried about the relationship, but they work brilliantly together. Talvin also worked with dance people and has a different outlook, and Joe is particularly imaginative, as actors can be, plus he’s movement-orientated.

Did movement and acting weigh equally during the creative process?

It all goes together. I don’t know where one leaves off and the other begins. In fact, my dancing changed because I could explore more. I was never a technical person. I just thought you had to have it. I didn’t have those big turnouts. God didn’t make me that way [laughs], but I was fortunate to work with Lester Horton. I’m the one he picked to dance Salome.

I had certain things that I was really good at because my body was made that way, but I didn’t have a turnout worth a hoot [laughs]. Lester was a dramatic choreographer, so was John Butler and a lot of the people that I worked with. That was my strong point—I was more the dramatic person, and I work very well with choreographers who work that way.

Then there is all that text. There were times when I didn’t remember things and I call for line because that’s the way memory is. Actors do that very well, they say, “Don’t worry if you miss, make it up.” I’m in dancer mode, and as dancers, we don’t make mistakes. We get into that mode, and if we freeze, it drives you nuts! That to me is what I have to work on.

You’ve worked with some pretty important people whose stories you’ve shared. How did you decide who to include and who not to include?

That was so difficult. I kept saying, “Oh dear, I forgot so and so,” but I want to at least mention the things that they did … you can’t put everything in. We also wanted to keep it at an hour, no more.

Are there favorite memories included in the show?

All the memories are fun. I think my favorite are of my sisters and I playing radio. We used to make up all our games. We didn’t have things, but it was to our advantage. Anybody growing up in that period had to invent their own games, but it was fun. In the show, we added poems and the Titania speech from Shakespeare’s [“A Midsummer’s Night Dream”], where the old woman talks about her youth. That takes things out of context ... it’s not linear at all … because we put one thing with something else, and it makes it more poignant.

After the “open rehearsal” at BAC, you said performing the work in its entirety was “daunting.” Does it still feel that way?

Well, it’s been off and on, just three performances since then, but it’s getting to where we really want it to be.

Do you get to talk about Mr. Holder’s death in the show?

[soft sigh] Yes, I did. He was always my champion.

Prompted by your son Leo’s comment after seeing the rehearsal, “Ma, you’re in your front room,” you said you “want to have that feeling like you can go and talk to somebody in this room, the audience,” when performing the show. Are you able to?

Hopefully. That’s what it feels like, but at the same time it’s a poetic piece.

For more information on “As I Remember It,” visit www.bacnyc.org.